Going Global for Job? Here Are 3 Tips for a Successful Transition 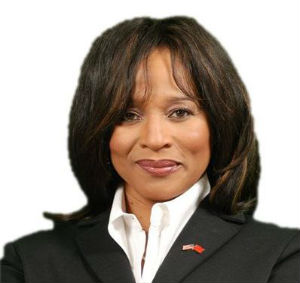 Julia A. Wilson admits to being nervous about moving to South African and conducting business in a global market.

“Nelson Mandela had just become the nation’s first black democratically elected president. There were ongoing concerns about the possibility of civil unrest, and many foreigners were apprehensive about entering the country during that time,â€ she says.

But she saw it as an opportunity to get in early in a newly democratic country that was full of promise.

“I would not only have an opportunity to learn about people in a different culture, but explore ways to ‘go global’ by creating work in a burgeoning, robust international environment,â€ says Wilson. She would go on to live, study and/or consulted in 13 African, European and Asian countries. Now as CEO of Wilson Global Communications, a Washington, D.C.-based international public affairs consulting firm, she helps build business relationships between American and international leaders.

“What I increasingly learned was that there are a plethora of opportunities for African American entrepreneurs, not only throughout the African continent, but around the world— in Europe, Asia, and South America,â€ she says. “If only we would be bold and curious enough to learn about the opportunities to prepare for building relevant relationships. Then, just go for it.â€

Wilson is bullish on the African continent. She cites the stats: Analysis at the African Development Bank show economic growth in Africa’s low-income countries to remain above 5.5% in the next few years. Its youthful populations (about 65% of the total population of Africa is under 35 years old, and over 35 percent between 15-35 years old) and labor force growth (2.8% since 2000) represent realistic business opportunities, she asserts. Wilson offers the following suggestions for those looking to expand into foreign markets:

Research the locale and culture. Do your homework. Go online and research countries that interest you to learn about their political, social, cultural and economic structures. Identify people with knowledge of the countries, and interview them about the people, culture and social mores, including language, safety and security, and local and international laws.

Take a trip to the location beforehand. Go see for yourself. Once you’ve conducted some basic research, the next step is to travel there and see for yourself. Seeing is believing in foreign markets. You have to be there on the ground talking to people face-to-face.

Go with an open mind. Wilson (who can be found on Twitter: @JuliaWilson_DC) says to goÂ to learn as much as you might be prepared to teach. While you may have a great deal of knowledge and technical expertise to share with people in developing countries, the locals have knowledge to share with you that may make or break your business on their turf.

The Cost of Raising a Child Continues to Rise