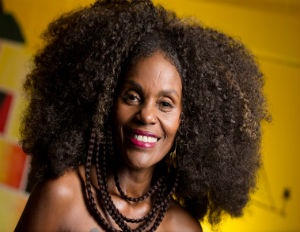 A federal judge has ruled it unconstitutional for a set of Texas laws to prevent African hair braiding schools from teaching students how to braid hair.

Isis Brantley, an entrepreneur who runs a hair braiding school in Dallas, sued the state in 2013, citing the laws that pertained to hair braiding schools to be unreasonable. Under Texas laws, hair braiding schools must first be a fully equipped barber college before turning into a facility that teaches students how to braid hair. In the case of Brantley, she had to first convert her small business into a barber school that had at least 10 student chairs that reclined back and a sink behind ever work station before being allowed to teach hair braiding.

On Monday, U.S. District Judge Sam Sparks ruled the laws against hair braiders to be “irrational,” citing the fact that braiding salons don’t need sinks to do hair because hair washing is not a part of the braiding process. Judge Sparks also reasoned that the state cannot force entrepreneurs to do meaningless things before starting their own business and challenged the state to find a single hair braiding school that met their requirements.

“I fought for my economic liberty because I believe there is a lot of hope for young people who seek to earn an honest living,” said Brantley in a news release. “This decision means that I will now be able to teach the next generation of African hair braiders at my own school.”

What Are You Willing To Sacrifice To Save Money?