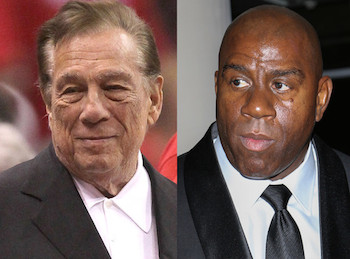 Leaving higher education to go into the real world can be an awfully scary place. During a Yale University commencement event, U.S. Secretary of State John Kerry flipped the script by promoting an idea that could impact America’s workplaces.

“You are … the most diverse class in Yale history,” Kerry told all in attendance. “Or, as it’s called in the NBA, Donald Sterling’s worst nightmare.” The graduating class of 2014 is reportedly full of young minds who are not swayed by corporations or their agendas, and yet will be the ones they will vie to attract, train and retain.

By “doing diversity well,” as Secretary Kerry said, business organizations large and small will be able to stay competitive and remain fruitful. The idea of marginalizing talent or keeping a certain segment enlisted in business is a misnomer now. If Secretary Kerry is right, then it means that it is no longer a differentiator. It’s a matter of hiring the best assets.

Donald Sterling has served as the catalyst for this growing need for change in the workplace. With 35% of the NBA’s corporate office employees and 76% of the league’s players of African or African-American descent, the league’s profile may change into what the organizations of the future will look like.