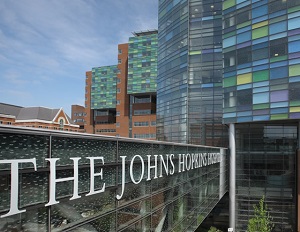 John Hopkins Hospital in Baltimore confirmed today, that it will pay $190 million to settle a class-action lawsuit over a gynecologist who secretly photographed and recorded his female patients’ bodies while under examination.

The lawsuit, which involves more than 9,000 plaintiffs, alleges that Dr. Nikita Levy used a pen-like camera that he wore around his neck to gather the footage of his patients. While authorities say there is no evidence that Dr. Levy shared the videos and photographs, John Hopkins hopes that his firing and the lawsuit settlement will make it clear that they do not condone any behavior that wavers their patients’ trust in them.

“We assure you that one individual does not define John Hopkins,” the hospital said in a statement. “John Hopkins is defined by the tens of thousands of employees who come to work determined to provide world-class care for our patients and their families.”

Dr. Levy was fired from the hospital in February 2013 and committed suicide 10 days later while under investigation.