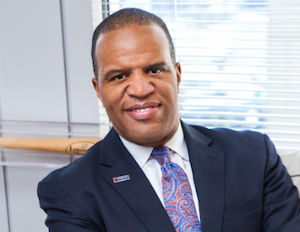 Founder, Chairman, and CEO of financial dignity empowerment nonprofit Operation HOPE, John Hope Bryant is known as one of the foremost authorities on poverty eradication. Not only is Hope Bryant an adviser to the last four sitting U.S. presidents, but he is most notably a thought leader and an innovator in the business of empowerment.

Hope Bryant is a member of the founding class of the Young Global Leaders and was a founding member of the Clinton Global Initiative. He is currently serving his third term as a President’s Advisory Council member, with the appointment to the U.S. President’s Advisory Council on Financial Capability for Young Americans earlier this year. He is also co-chair of Project 5117, an initiative of Operation HOPE to strengthen the economy by focusing on empowering those who earn less than $50,000 a year.

Black Enterprise senior editor, Finance, Stacy Tisdale recently caught up with Hope Bryant where he shared the most important things he knows about money and the impact it’s had on his life.

First, it isn’t about money. Money, itself, is not capital. Money is an agent of change, but capital comes from the Latin root word, “capitis” meaning knowledge in the head. People make money their end-all-be-all, their value, their definition, their identity.

Second, there are two ways to make money: make more or spend less. It’s amazing how easily we waste money on little things…

Finally, if you don’t understand money, you’re in slavery. Being part of a capitalist system and not knowing the rules, or how things work, means that you aren’t included.

Hope Bryant’s newest book, How the Poor Can Save Capitalism, redefines poverty and transforms the perception of the poor as a drain on society to an engine of growth. Check out Hope Bryant where he details how poor people can go about saving capitalism below.

One Mother’s Journey with Her Gifted Children

White House Salutes Prison Project and Other Champions of Change