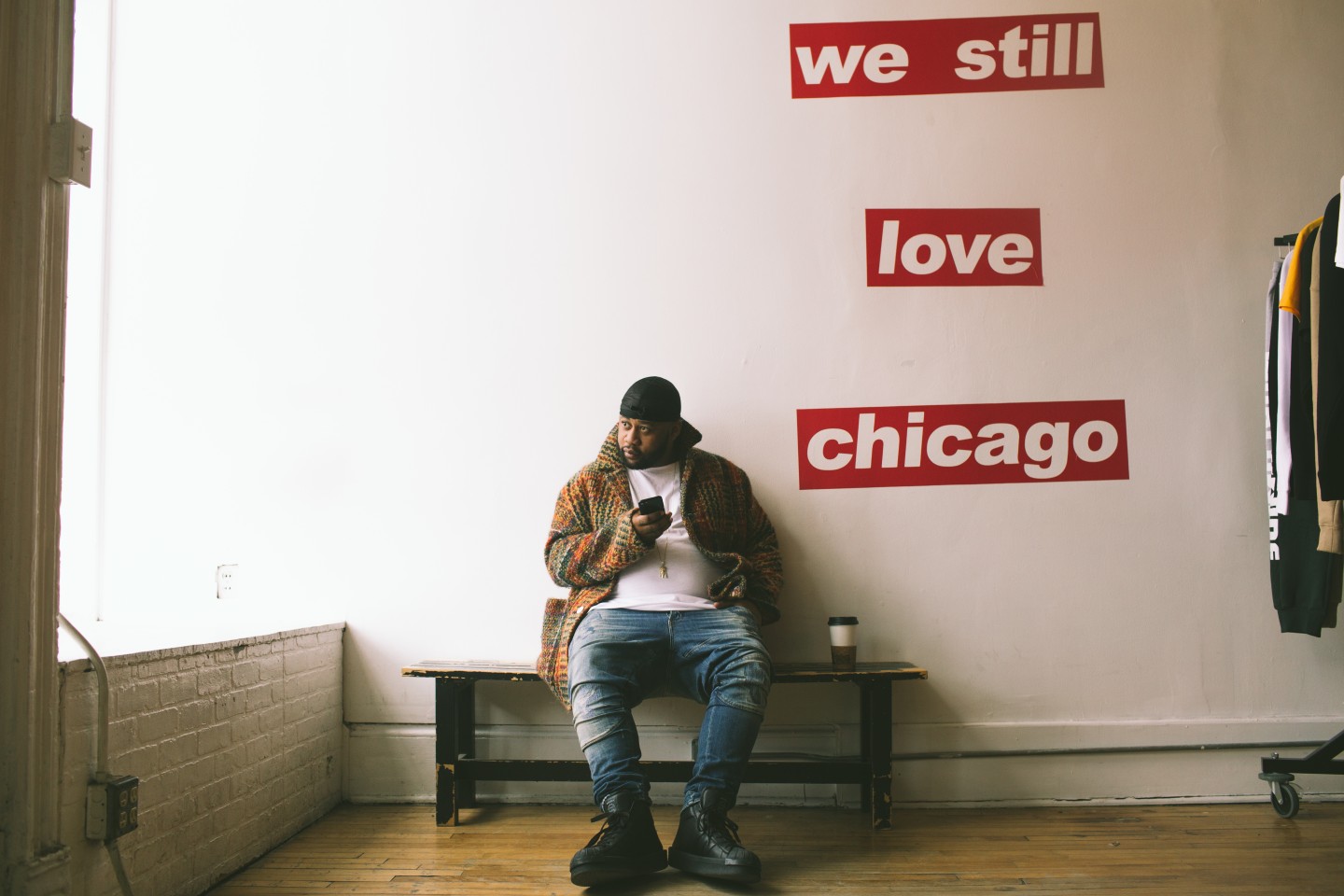 Every industry has its fair share of sub-cultures and fashion is no different. In the black community, streetwear is a sub-culture, deriving from the high-fashion world, though somehow inspiring it at the same time. This apparel is a product of the youth, often self-taught, and doesn’t belong to a major fashion house. Those with a mind for business find ways to turn a profit off of that expression, in some cases catching the eyes of mainstream brands in search of collaboration. After all, those brands need the black community to make them culturally relevant—the power belongs to the creators who understand the value in their brands. A product of Chicago, Joe Freshgoods is a prime example of not only recognizing one’s power, but harnessing it to tactfully navigate through higher levels in the fashion business.

He found his love for streetwear in the hallways of Lane Tech High School, where the reaction to his self-made threads sparked a feeling that felt like a calling. Without hesitation, he answered that call, leading him to a life molded by the very fabric he uses to reach the masses. He became an integral strand of Chicago’s DNA, as part of a new creative class including the likes of Chance the Rapper, Rockie Fresh, Vic Mensa, and plenty others putting the city on the map for a new era of fans. Now, Joe’s threads are moving beyond the streets of the Chi, gracing the pages of popular blogs, to grabbing the attention of major corporate brands. Joe Freshgoods knows how mobilize the buying power of the black youth, while staying true to the community that made him who he is.

“I’ve always been into style and trying to look unique. I went to Lane Tech, one of the biggest schools in Chicago,” says Joe. “In those days, I was trying to look different so I could stand out from the crowd. I had my homegirl sew bananas on my jeans and everybody went crazy. It went from there. I realized that people liked something I had only thought of a few days before. That was my aha moment.”

Joe’s inner entrepreneur kicked in. He started making T-shirts and selling them in the school hallway at the age of 15, around the time NBA players including Allen Iverson and Kobe Bryant were getting into legal trouble. He made T-shirts with the mugshots of each player and they sold out.

He eventually sold his own clothes under the table at a streetwear store called Leaders, with the owner’s blessing. When that deal ended, he went into full-fledged entrepreneur mode. His early designs were controversial, but caused a stir with bold statements addressing cultural icons. By today’s standards, his early releases would’ve been a PR nightmare. Back then, it was what propelled his brand into the spotlight.

“I’m slick embarrassed about my old work. A lot of the things I made are so problematic now. My first big viral moment was a risky hat about Rihanna. I created a story behind the hat, and I told my popular friends to use the hashtag. I put up flyers around town, and it went crazy. I was doing wholesale through 32 stores by the age of 24.”

Joe realized wholesale wasn’t the way to go; when the sales numbers weren’t coming back right, he suspected the stores were cheating him. Without a sales rep, it was hard for him to track the numbers, making him feel disconnected from his customers. Joe decided to sell his clothes directly to the consumer, online and through pop-up shops. Enter the Fat Tiger era.

“Instead of selling my stuff to stores, I’d rather check my online sales. I like to go to different cities and do pop-ups. I know my stuff might not be the hottest, but I really inspire a lot of black kids. So many kids say “you’re my supreme.” The pop-up formula worked for me. I’m an example of staying true to my city, staying home, and keeping it organic.”

Joe’s brand and flagship store, Fat Tiger, create a sense of community in Chicago. Joe serves as a conduit for young creatives to build and collaborate. Meanwhile, he’s transitioning into his next phase of entrepreneurship: partnerships with major corporations. Recently, Joe partnered with McDonald’s for the “That’s The Mix” campaign, designing an exclusive collection dropping at McDonald’s locations in four cities simultaneously.

“I got an interesting DM yesterday from some kid. He said I was an idol, and asked that I don’t let these companies take advantage of me. I don’t like to expose too much, but I’m at the point where I can sustain without needing bigger brands. At this stage in my life, I have wiggle room to say yes or no,” says Joe. It’s that wiggle room that allows Joe to stay true to his city and the culture. Perhaps that’s why Hennessy created a huge sculpture of Joe at Morgan’s on Fulton, in his home city of Chicago. When you’re a true trailblazer, and you take ownership of your path while inspiring the youth along the way, you become immortalized. When he attended Lane Tech, Joe used fashion to stand out, now you can’t miss his engraved sculpture as you drive through his city. That’s what’s called coming full circle. 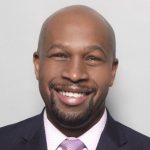 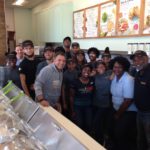