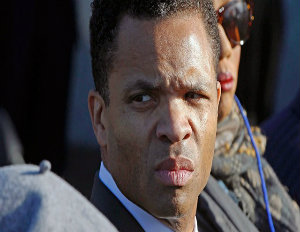 Jesse Jackson Jr.’s resignation from his House seat prompted a mad dash from Chicago-area politicos eager to fill it.

“You’ve got so many candidates who say they’re going to be running, it could be a free-for-all,” a local Democratic official told the Chicago Tribune on Friday. “We want to make sure we elect someone who works hard to represent everyone in Chicago, everyone in Cook County and everyone in the 2nd Congressional District.”

In June, Jackson abruptly disappeared for several days before announcing that he had been hospitalized for bipolar disorder. Jackson, who won re-election to his seat earlier this month despite being hospitalized at the Mayo Clinic, remains under investigation for possible ethics violations for his alleged involvement in a quid-pro-quo deal for the Senate seat vacated by President Obama.