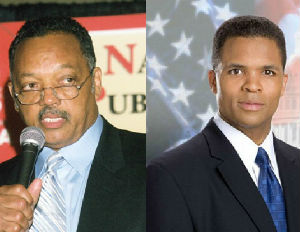 “There is no timetable on his recovery,â€ Jackson told the Associated Press. “We hope he will fully recover.â€

“Such a challenge is a game-changer, and challenges all members of a given family.â€

Jackson’s son, Illinois Rep. Jesse Jackson Jr., went on a leave of absence seven weeks ago due to mental health illness. His office initially claimed he was being treated for exhaustion.

Minneapolis’ Mayo Clinic released a statement last week saying that Jackson Jr., was being treated for depression and gastrointestinal issues at their facility.

Jackson Jr. is facing an ethics investigation in the U.S. House connected to former Illinois Gov. Rod Blagojevich. He has denied any wrongdoing.

Opinion: How Obama Has Failed Small and Minority Business