Jeff Bezos' 'Shadow' Informs Him on Everything 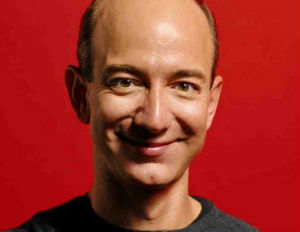 Since the late ’90s, a series of lucky executives atÂ Amazon have gotten an unbelievable opportunity to advance their careers. One person atÂ Amazon always has a coveted job with nearly unlimited access to CEO Jeff Bezos, according toÂ Bloomberg Businessweek’s Brad Stone.

The job is officially called the technical assistant or advisor, and is unofficially known as Bezos’ “shadow.” They follow, travel, and go to meetings with Bezos, and frequently meet at the end of workdays.

The role means Bezos gets to know high-potential executives better than he otherwise might and gets a much-needed source of support and a second opinion. The shadows get an extraordinary mentor. Since 2003, when the position became more formalized, a series ofÂ Amazon executives have served one- to two-year terms.