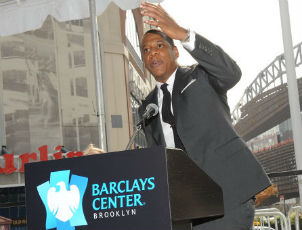 From The New York Times

When you look at Jay-Z’s involvement with the Brooklyn Nets, you would think he holds a huge stake in the team.

But the Brooklyn native known as Shawn Carter only owns a scant one-fifteenth of one percent of the team.

But despite that number, Jay-Z’s influence on the team through advertisements, jersey design decisions and branding is huge.

He has essentially rewritten the playbook for a celebrity owner.