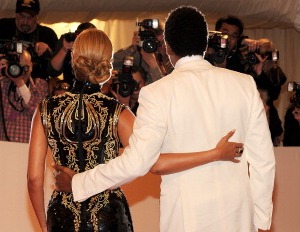 Isn’t She Lovely was my father’s song for me. Sure, it was Stevie Wonder‘s song for his daughter, Aisha. But my dad adopted it the first time he heard it and it became ours. He sang it to me throughout my childhood and we danced to it at my wedding, kicking off a party that lasted all night.

Before Wonder’s amazing Songs in the Key of Life album came out, my dad’s theme song for me was another Stevie classic: You Are the Sunshine of My Life. He’d twirl a pint-sized me through our living room, deftly guiding me around the coffee table and into the dining room, doing the lindy hop while my mom watched us from the kitchen through smiling eyes.

It sounds idyllic, right? It was. They were perfect moments in the midst of what became a monumentally imperfect life, as all lives do. But they are the images that last, the memories that keep me whole even when it feels that the entire world is breaking apart.

As I grew up and life became more complicated and difficult and less magical and musical, my father’s unblemished view of me and his unlimited belief in me remained. They were all-powerful in their ability to calm and reassure me, to motivate and instruct. In fact, their power seems to deepen as time goes on, even now, when he’s no longer here. That’s the everlasting impact a good father, his support and encouragement, can have on a child.

That Jay Z‘s first public response to the birth of his daughter with Beyonce has come in the form of a song called Glory is not surprising. After all, like Stevie Wonder, music is his medium, it’s his business and it makes sense that in his newborn baby he’s found a new muse. Musical icons from Wonder to Lauryn Hill (Song for Zion), Erykah Badu, Kenny “Babyfaceâ€ Edmonds (The Day), and Will Smith (Just the Two of Us) have penned tributes to their children before.

What is unique is that Jay Z, with his front-page prominence, kingpin swagger, and that rare mix of corporate-and-street-cred, chose to express his joy, amazement, gratitude and abiding love for this child openly and honestly, sending a message and serving as an example for fathers everywhere, especially black ones.

I can attest, as the child of a man who never played an instrument or wrote a lyric, but who used song, affection, humor, towering expectations, and firm guidance, to express his love for me daily, that the impact on little Miss Carter of her daddy’s attention will be far beyond what any fame or outsized level of material wealth will ever afford her. No doubt Jay Z, who didn’t have a father care for him in this way, understands that. So does Beyonce, who before becoming Mrs. Carter, was clearly a daddy’s girl.

My prayer for Blue Ivy Carter is no different than my prayer for every child: That she be deeply loved and grow to live a life that bears testament to that love by carrying herself with dignity and grace and doing her part to make the world a better place. She’ll have every advantage; may she grow to use them all well.

In the short-term though, my prayer for her is a simpler one. May she continue to inspire her daddy to make music that may make other men take their rightful place—with pride and joy—in the lives and hearts of their own children. If she does no more than that—ever—the world will be a bit better for sure.