Jay-Z's Powerful (and Controversial) Money and Business Lessons From '4:44' 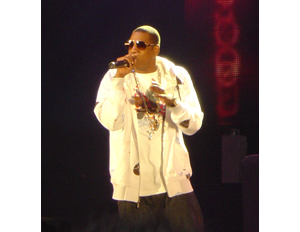 It’s been over three years since his last album, but Jay-Z has returned with his 13th solo album—hyphen and all. The mission? Not to own the season like he did for “seven straight summers,” but to empower and uplift rap’s consciousness.

4:44 is raw, intimate, educational, and uplifting all at the same time. In 36 captivating minutes, Jay-Z has managed to record what is sure to become known as one of his most important albums.

The album starts with “Kill Jay Z” and ends with “Legacy,” a verbal will. This is no mistake. Throughout the album, the listener is treated to quite a journey.

Remember that scene in Fade to Black, when Jay’s in the studio and wants to speak more about issues that affect the hood?

“They Scared to Be They Self (2004) HD,” clip from Fade to Black (Source: YouTube, User: Movieclips)

This is THAT album.

“Cry JAY Z, we know the pain is real
But you can’t heal what you never reveal
What’s up, JAY Z?
You know you owe the truth to all the youth
That fell in love with JAY Z.”

For the record, the tap at Kanye is vintage HOV…(and I’m sticking with the caps. Ha!)

The next track is “The Story Of O.J.,” which is the antithesis of his 1998 single “Money, Cash, H**s,” from the album Vol 2…Hard Knock Life. Instead of bubbling “hard in the double R,” financial planning takes center stage:

“You wanna know what’s more important than throwin’ away money at a strip club? Credit.”

A reference to Drake’s misplaced comments regarding Jay-Z is also addressed:

Pay attention to the last line; Jay offers to give you a million dollars worth of games for $9.99, which also happens to be the price of a subscription to TIDAL, his new digital entertainment platform.

Later, in quite possibly one of the best bars on the album:

“Y’all on the Gram holdin’ money to your ear
There’s a disconnect, we don’t call that money over here.”

Not only does Jay mock those who choose to hold wads of money to their ears, but he is also clever enough to link it to phones—the very thing we use to take pictures.

“Smile” is a mature look at life. Jay reflects back on life experiences and the lessons learned from them, reminding us that “a loss ain’t a loss, it’s a lesson.”

“A loss ain’t a loss, it’s a lesson
Appreciate the pain, it’s a blessing” #Smile pic.twitter.com/aNsvwSlfXD

However, even within all of that, there’s still a bit of street knowledge:

On the track “Caught in Their Eyes,” we gain insight into how the streets prepared Jay-Z to become hyper-observant:

“I survived reading guys like you
I’m surprised y’all think you can disguise y’all truths
I seen eyes wide as they about to shoot.”

– From “Caught in Their Eyes.”

The track titled “4:44” is a cathartic fable on the impact of infidelity. Listeners also get to experience Jay-Z at his most vulnerable, which is something we’re not used to hearing. Note the lyrics:

“I never wanted another woman to know
Something about me that you didn’t know
I promised, I cried, I couldn’t hold
I suck at love, I think I need a do-over
I will be emotionally available if I invited you over
I stew over what if you over my sh**?”

Ageism in the Music Industry

Age in hip-hop is a contentious issue, particularly when it comes to the 47-year-old rapper. “Family Feud” deals with this head on with a rather pertinent question:

“Hovi’s home, all these phonies come to a halt
All this old talk left me confused
You’d rather be old rich me or new you?”

The song also touches upon the previous history of internal fighting and discourse within the hip-hop industry, and its overall impact on culture:

“Nobody wins when the family feuds
We all screwed ’cause we never had the tools.
I’m tryna fix you
I’m tryna get these n****s with no stripes to be official
Y’all think small, I think Biggie.”

There’s also a nod to supporting black-owned businesses and entrepreneurs:

“F*** rap, crack cocaine
Nah we did that, Black-owned things
Hundred percent, Black-owned champagne
And we merrily merrily eatin’ off these streams.”

“What’s better than one billionaire? Two.
I’ll be damned if I drink some Belvedere while Puff got CÎROC
Y’all need to stop.”

The track “Bam” is a welcome addition to the album. First of all, Damian Marley brilliantly channels Jacob Miller in a manner that is sure to solidify his status amongst music legends. Secondly, no Jay-Z album is complete without a flurry of boastful lyrics:

“Put that drum in your ear, don’t get Srem’d
I’ll Bobby Shmurda anybody you heard of n****s could not be further, I fathered your style
Birth of a Nation, Nat Turner style
Uh, y’all make me turn up all this talkin’ down
Uh, n****s is skippin’ leg day just to run they mouth
I be skippin’ leg day, I still run the world.”

From fake dracos, to self-snitching, “Moonlight” is an uncompromising take on the current state of rap. It’s designed to make people uncomfortable:

Please don’t talk about guns
That you ain’t never gon’ use
Y’all always tell on y’all self.”

As the album winds down, “Marcy Me”  takes the listener on a trip down memory lane. There are nods to Big Daddy Kane, Biggie Smalls, and Jay-Z’s old stomping grounds in Bed-Stuy, Brooklyn:

“Shout out to Nostrand Ave., Flushing Ave., Myrtle
All the County of Kings, may your ground stay fertile
Shout out to Big Poppa, Daddy Kane, heroes
Thus concludin’ my concerto.
Marcy me.”

The album poignantly ends addressing the value of one’s legacy and what that means:

“There was a time America wouldn’t let us ball
Those times are now back, just now called Afro-tech
Generational wealth, that’s the key
My parents ain’t have sh**, so that ship started with me.”

Jay-Z’s Homage to Raising the Bar

Overall, the album is stellar—there’s no doubt about it. The production from No I.D. is excellent, and Young Guru has Jay sounding incredible. This album will connect most with fans of my generation.

4:44 signals a distinct shift from what we usually expect. There is no ‘hit’ in the conventional sense, and that’s OK. The album isn’t about that. On the contrary, it’s about raising the bar. Once upon a time, Jay-Z influenced us to ditch jerseys and auto-tunes. Now, he’s trying to empower us, keep us honest, and lead culture forward.

A new blueprint has been laid down; it’s time to study, then follow it.

*This article originally appeared on Medium. Sumit Sharma is a freelance writer covering all things Digital Marketing and Hip-Hop. Once the former editor of The Hip Hop Chronicle, Sumit interviewed the likes of Kanye West, Ice Cube, Nas, and Russell Simmons, accumulating over 5.5 million views on YouTube. Follow him on Twitter: @hiphopchroniclel; Instagram: @hiphopchronicle; and YouTube: https://www.youtube.com/user/thehhc 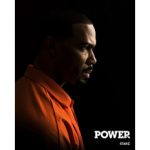 5 Lessons Entrepreneurs Can Learn From the TV Show "Power" 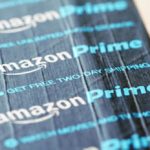