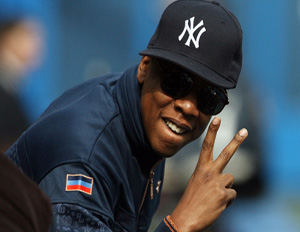 Jay-Z announced Monday morning that the Nets will be called the Brooklyn Nets when the team moves from New Jersey to its new home next fall at the Barclays Center in Brooklyn.

Wangari Maathai, the Kenyan environmentalist who began a movement to reforest her country by paying poor women a few shillings to plant trees and who went on to become the first African woman to win a Nobel Peace Prize, died here on Sunday. She was 71.

President Obama continued to push his economic agenda on the road Monday during a townhall meeting sponsored by LinkedIn, where he took questions from the audience as well as members of the online jobs-forum.

Style Profile: A Day at the Office with Black Enterprise