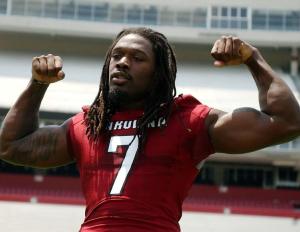 According to USA Today, the top pick of the NFL Draft, Jadeveon Clowney, has signed with the Huston Texans. Clowney’s contract will run for four years with a team option for 2018 that must be activated prior to the 2017 season.

With this signing, Clowney became the first of this year’s top three picks to sign. As of this posting, St. Louis Rams offensive lineman Greg Robinson (No. 2) and Jacksonville Jaguars quarterback Blake Bortles (No. 3) have yet to reach an agreement on terms with their respective teams.