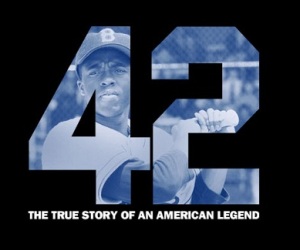 On April 11, Kansas City will be the site for the only advance public screening of the new Jackie Robinson film, ’42,’ which shows the rise of Jackie Robinson’s baseball career.

The city was chosen because it is where the first black baseball player to make it to the majors, started his professional career.

The proceeds of the showing will benefit the Negro Leagues Baseball Museum in Kansas City, said Museum President Bob Kendrick.

“We’re often asked here if Jackie Robinson was the best player in the Negro Leagues,” Kendrick said. “No, he wasn’t. He may not have been the best player on our Kansas City Monarchs team. But he was the right man” to break the color barrier.

Actors Harrison Ford and Andre Holland, who stars in the movie, will attend the screening.

Read the full story on US News

How the Name ‘Heavenly’ Helped This Woman Build a Dentistry Empire