Do money disorders truly exist? While some of my colleagues atÂ Black Enterprise support the idea that money disordersÂ exist, I beg to differ. The dysfunctional relationship between some people and their money is not a disorder. Instead, it can be manifestation of an underlining issueÂ that needs to be reconciled or a lack of financial intelligence/responsibility.

Often, any excessive or obsessive behavior is usually triggered by a deeper emotional issue. In fact, the obsessive action can be a symptom of that deeper issue. Let’s take a look at another obsessive or potentially self-destructive behavior: promiscuity in young adults. To many people, the issue is simple: the child is promiscuous and needs to be disciplined. But according to the United States Department of Health and Human Services (HHS), promiscuity is actually a sexual indicator that may signal childhood sexual abuse among young girls. No, obsessive spending and promiscuity are not necessarily analogous. But the point is that overspending, promiscuity or any other self destructive behavior is a symptom of a deeper, often times more complex issue.

The HHS also found that substance abuse and eating disturbances (i.e., bulimia and anorexia) can also be indicators of childhood sexual abuse. Merely dealing with a system will not stop an individual from destructive behavior; instead, it is likely to manifest itself in some other unhealthy form. Therefore, inherently, classifying impulsive spending as a “disorderâ€ does a disservice to the individual because it means that that greater issue has not and potentially will not be reconciled.

In fact, the very manual doctors use as a guideline to diagnosis disorders, Diagnostic and Statistical Manual of Mental Disorders, has been under scrutiny for decades by psychiatrists and psychologists. This was best illustrated in the March New Yorker article, Head Case: Can psychiatry be a Science? by Louis Menand. He writes:

Jerome Wakefield, a professor of social work at New York University, has been calling out the D.S.M. on this issue for a number of years… There is nothing in the D.S.M. to prevent a physician from labeling someone who is living through one of these problems mentally disordered.

What issue? The fact that now more than ever, behavior that is reactionary to unfavorable daily occurrences is now deemed an illness.

[Psychologist Gary] Greenberg is repeating a common criticism of contemporary psychiatry, which is that the profession is creating ever more expansive criteria for mental illness that ends up labeling as sick people who are just different–a phenomenon that has consequences for the insurance system, the justice system, the administration of social welfare, and the cost of health care.

Increasingly our society tries to psychologize and pathologize behavior deemed uncontrollable. From there we slap on a band aid, prescribe pills with never-ending refills, and schedule follow-ups. Unfortunately we never get to the core matter–if one does exist. Otherwise, it can also boil down to lack of education, likely one of the most common reasons people and money often don’t seem to mix.

Tell us what you think: Are money disorders a sign of a deeper issue? 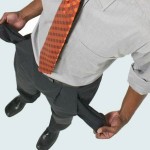 Blair Underwood on Our World with Black Enterprise