It Pays to Own Real Estate 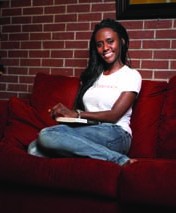 The homeownership bug bit Magda Brown when she was just 26 and sharing a $1,400-a-month apartment in Brooklyn, New York, with a friend. But her dream was not merely to have a home of her own. She wanted to create another stream of income. “My landlord owned a few buildings and I loved his lifestyle,â€ says Brown, now 30. “I wanted to become a landlord, too, and be able to live off of my properties.â€

So in 2008, the obstetric-gynecologic nurse practitioner set out to invest in real estate. Always a serious saver, Brown had amassed approximately $60,000 to fund her vision. She’d worked three jobs while in college and banked her school refund checks. Since her mother had passed away when she was 17 and most of her family lives in South Africa, “my mentality was store, store, and store in case there is an emergency,â€ she says. When she started working as a registered nurse, she began regularly saving $1,000 a month in an account that had no ATM access. “I have to show up in person at the branch to take money out,â€ she says. “It’s one added way to make sure that money stayed in savings.â€

Brown eventually found a three-family home on Craigslist.com valued at more than $600,000, but going for an asking price of $465,000 from a couple in their 60s who were anxious and ready to move to North Carolina. She managed to talk the owner into selling it for $412,000, which included closing costs, instantly giving her $200,000 in equity.

The Business of College Planning