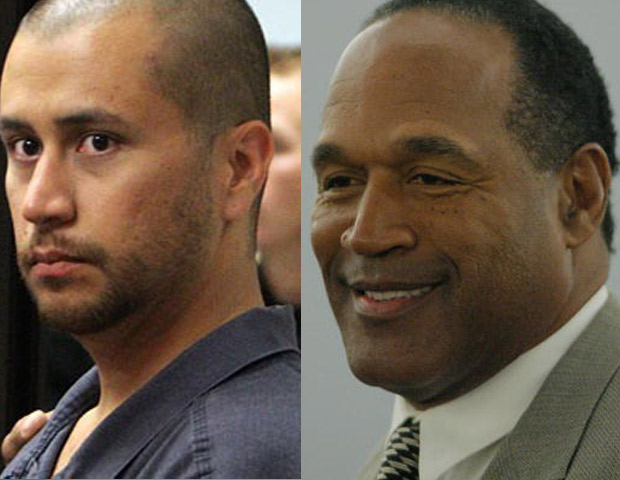 Every couple of years a single incident will occur that divides the American people. Almost always the issue centers on race. From the Civil Rights Movement, to the LA Riots (’65 and ’92), Oscar Grant, Troy Davis, the list of watershed moments is a growing one and almost always no clear resolution is found, only lots of talk, marches and frustration.

With the long overdue arrest and second-degree murder charges of George Zimmerman, the family of Trayvon Martin, the 17-year-old he shot and killed, and their many supporters are hopeful that this case will bring awareness to the epidemic of racial profiling and the murder of young Black men. The movement that’s grown out of Martin’s death has once again reexamined this country’s Achilles heel.

The prosecution of Zimmerman harkens back to another murder case that came down to race. In 1995, the country came to a standstill as the verdict in the OJ Simpson trial was delivered. The former NFL star-turned-actor was found not guilty of murdering his ex-wife Nicole Brown Simpson and her acquaintance Ron Goldman, both of whom were White. The public opinion on the case’s outcome was visibly divided by race and as a result Simpson became a pariah in the eyes of many. Now, Zimmerman finds himself in a similar position as public disdain grows.

Given the parallels between both men, BlackEnterprise.com takes a look at some powerful quotes and figures from the Simpson case and how they measure up to Martin/Zimmerman. From the family of the victims speaking out to the accused stating their innocence, underneath it all we can learn a lesson.

THE COURT OF PUBLIC OPINION

In a recent poll conducted by Newsweek 80% of Black Americans surveyed thought Martin’s death was racially motivated and 78% thought Obama’s comments about the shooting were appropriate. On the contrary, of the Whites polled the figures were 35% and 28%, respectively. US News and World Report asked if Zimmerman should be convicted of second-degree murder in the shooting of Trayvon Martin and 64% said no, while 36% said yes.

During the course of Simpson’s trial pollsters asked if OJ Simpson was guilty or innocent, 60% of Blacks said he was innocent, while 68% of Whites said he was guilty. Additionally, 54% of Blacks said the media’s interest and the public’s interest in the case is greater because Simpson is a Black man; but only 17% of Whites agreed with that assertion, according to the poll.

As Tax Day Nears, Meet the Deadline with These 7 Resources