Is 50 Cent the Next Ice Cube? - Black Enterprise 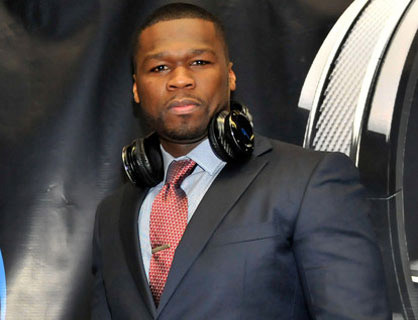 The 2011 Consumer Electronics Show is in full swing and thanks to Technology Editor Marcia Wade Talbert BlackEnterprise.com is in the building. Sheâ€™s already reported on some of the cool accessories for the road warrior but yesterday came the announcement of two enterprising entertainers getting into the technology business as Chris â€œLudacrisâ€ Bridges and Black Enterprise cover subject Curtis â€œ50 Centâ€ Jackson unveiled their brand new headphone lines. However, they arenâ€™t the first celebrities to make noise in the technology arena, so BlackEnterprise.com takes a look back at the other headphone head honchos while also highlighting 50 and Ludacrisâ€™ pairs.

A few years ago, Curtis “50 Centâ€ Jackson wasn’t a name most would associate with Black Enterprise. Truthfully, there’s probably a good sector of those who still don’t see the correlation. But with an impressive business portfolio that includes his G-Unit Records, G-Unit Apparel, Cheetah Vision Films, ThisIs50.com social media site, G-Unity Foundation, vitaminwater, G-Unit Books, Power by Fifty Cent fragrance, and a bankable brand that brings his net worth to an estimated $200 million, it’s no wonder Jackson is on the cover of our January 2011 issue.

Despite his tough guy “gangsta rapâ€ image, Jackson is an equally imposing businessman, recently striking a 10-picture deal for his Cheetah Vision Films worth a reported $200 million. While the music industryÂ served asÂ his launching pad, Jackson wisely has spread his wings in various directions; but the most interesting is his successful foray into Hollywood. While the rapper-turned-actor transition is clichÃ©, Jackson has shown a genuine interest in the business of making movies that has him not only acting, but producing, writing and directing as well.

Since his 2005 acting debut in the semi-autobiographical Get Rich or Die Tryin’, Jackson has appeared in 10 films (including independent and major releases), secured six additional roles currently in pre- or post-production, produced five projects, written four screenplays and directed his first film, 2009’s straight to DVD release, Before I Self Destruct. Not bad for a guy from the streets of Queens, NY who was known more for getting shot than shooting movies.

While I’m sure Jackson’s ideal (along with many other actors) is to be the next Will Smith, I think there’s a better correlation between his career trajectory and another Jackson–Ice Cube, born O’Shea Jackson. Aside from having the same last name, 50 Cent and Ice Cube have a lot of similarities, namely, their image makeovers. Cube came out in 1988 as one-fifth of the highly controversial rap group N.W.A., and let’s just say he had a serious “attitudeâ€ problem. Still, the gangsta rap pioneer who dubbed himself the “n**** you love to hateâ€ has somehow transformed into the on-screen father figure you just love. Gone are the scowls (well, mostly) and the gangstafied roles, and in their place are wide smiles and family-oriented film franchises like Barbershop and Are We There Yet?, which spawned a TBS sitcom series this past June. Cube is more Dr. Huxtable than Dr. Dre these days.

While 50 still acts tough on camera, he’s definitely softened his image in an effort to be more mainstream and show his range as an actor. Earlier this year images of an emaciated-looking Jackson hit the Internet, revealing the amount of weight he shed for his role of a cancer-stricken football player in next year’s Things Fall Apart. Although 50 has yet to score a true blockbuster film and a majority of his projects have been straight to DVD releases, he’s clearly taking his acting career seriously. And with $200 million being thrown his way, someone in Hollywood definitely sees the potential.

As unlikely as it would seem for Ice Cube to go from a mere rapper to a bankable Hollywood commodity with 26 films, 18 producer credits (including four TV shows) and seven writing credits on his resume, that’s his reality. Sure, 50 Cent isn’t going the wholesome route, but if he continues playing his cards right and brokering multi-million dollar deals the way he has,Â he just might be Hollywood’s next “big thing.” If he isn’t already.

Do you think that 50 Cent has the potential to be a true Hollywood star or is he just banking on his music popularity?

Read more of our exclusives with 50 Cent: 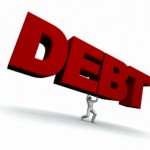 Opinion: Student Loans Should NOT Be Discharged in Bankruptcy