iPhone 5 Release Date: Are You Buying into the Madness? 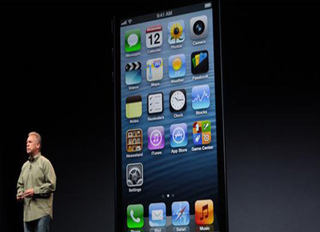 Even if you’re not an Apple fanatic, there’s no way you didn’t know about today’s iPhone 5 announcement. Â Tech enthusiasts live-blogged the event and Twitter was abuzz with each new feature. The sleeker, faster, lighter successor to the iPhone 4S was just unveiled in a press conference hosted by Apple’s CEO Tim Cook.

There were some big changes like a longer/thinner screen and a new connector as well as techy changes in the quality of the display and the integration of certain features. Go to Mashable for all the details, including a complete rundown of all of the announcements from Apple today.

Will you be buying an iPhone 5? The least expensive version is $199.