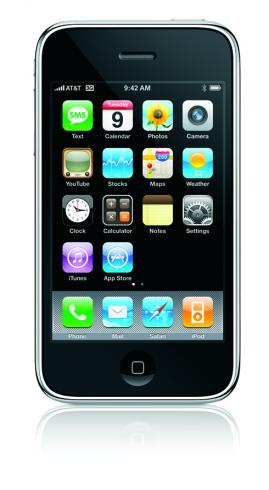 Just a little more than a year since the introduction of the first generation iPhone, Apple CEO Steve Jobs announced the upcoming release of the iPhone 3G at Apple’s annual Worldwide Developers Conference.

It’s hard to forget the marketing sensation behind the launch of the first generation of the product. Who can forget the lines that formed in front of AT&T stores–iPhone’s exclusive carrier in the U.S.–when the product first hit the marketplace in late June 2007. Everyone wanted one and there were fears–unfounded–of a shortage. At the same time it’s also easy to remember that the iPhone had somewhat of a hard time living up to the hype.

Despite a sexy user interface users were left having to cope with a $600 selling price and a relatively slow EDGE data network. Within three months the iPhone price dropped $200, a moved that irritated many of the early adopters. The iPhone then went through a few more adjustments. In early February, Apple released a 16GB model and a month later the company began dropping clues as to some of the capabilities that would come in the next generation iPhone.

One of the major perks for the iPhone 3G, besides a much faster data network, is affordability. When the 8GB iPhone 3G hits the market on July 11, it will sell for $199, making the new version of the smartphone available to a larger customer base. (The larger 16GB version will sell for $299.) The phones will require a two-year contract with AT&T. The iPhone 3G will also incorporate GPS technology and enterprise level features enabling businesses for example, to distribute data from their respective network infrastructures to company employees. New end-user features include push e-mail, contact, and calendar capabilities as well as compatibility with Microsoft’s ActiveSync program platform. Users can now synchronize data from their Windows based machines to their iPhone 3G handsets.

The iPhone 3G will initially be available in 22 countries. In an effort to reach its goal of 10 million units sold, Apple plans to make the 3G available in approximately 70 countries by the end of the year. So far, the first generation iPhone has sold roughly 6 million units. By embracing enterprise and third-party application support, it’s clear that Apple was listening to its critics and showing plenty of love for its fans.

The Business of the NBA Finals â€“ Part 6