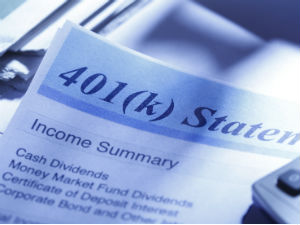 A study by the Government Accountability Office (GAO), paints a picture of the bleak performance by investments in 401(k)’s–defined contribution plans–owned by blacks.

“I’ve known people who had the money in the same fund for 20 years,â€ says Craig Wear, a Certified Financial Plannerâ„¢ and founder of Q3 Advisors and Game Plan Advisors.Â Â

Wear, who recently launched My401kInvesting, a service that enables any adviser to position him or herself as the go-to person for protecting and growing the 401(k) part of a client’s net worth, adds that “that strategy doesn’t usually yield good returns,â€ and offers the following tips for 401 (k) participants:

Unlike thingsÂ such asÂ education costs, you can’t borrow money for retirement. Be sure you are getting good advice and take control of this important part of your financial life.

5 Ways to Not Get Your Email Hacked