“The difference between a great idea, and making money from a great idea is execution,â€ says Louis J. Foreman, chief executive officer of Edison Nation, a social community and company that helps inventors turn an idea into a retail-ready product. Edison Nation sprung out of Everyday Edison, an Emmy Award-winning reality-styled television series on PBS that Foreman hosts. The show lets 10 inventors compete against one another to win an opportunity to develop their idea into a product. If they win, they’ll receive a $2,500 advance, along with 10% of royalties from sales, which could add up to 50% of the profit margin.

Inventors don’t have to spend a dime towards the manufacturing of their product. They submit the idea to Edison Nation, who then puts their idea in front of retailers and manufacturers. The EdisonNation.com members can win a sponsor-specific product search, which is done when companies like Nautilus, Hammacher Schlemmer, West Point Home, and Walmart want to invest in a new idea for a specific category.

Not everyone with a multi-million dollar idea is going to make it on the Everyday Edison television show or win a product specific search. While, Foreman’s company and the PBS television show provide a safe resource for inventors, there are others who aren’t as trustworthy. The Inventors Insider caught up with Foreman at the Product-n-Press Inventor meet and greet in August, and he gave us advice on what inventors should do to make sure they don’t get scammed while trying to take their inventions to market:

Surround yourself with good people. Find people who have a good track record, and people who have done it before, people who can point to specific successes. For example Edison Nation has helped almost 75 people bring their products to market.

Do a thorough background check. The internet is great in that respect. Type in the name of the company and see if they have any complaints. Make sure it is a reputable company. The best place to go to is the U.S. Patent and Trademark Office. It has wonderful independent inventor resources. The other site that I personally am a big fan of is Edison Nation because there are forums on every single topic related to inventing where you can talk to others who have been successful or failed. Also try Inventors Digest Magazine which has been around for 25 years.

If it sounds too good to be true it probably is. There are firms out there claiming to help inventors get their ideas to market. You have to be careful. Some are more interested in collecting fees then they are in commercializing the ideas. They will tell you how great your idea is and that it is a billion dollar industry and they will charge you a lot of money to bring your product to market. If you are skeptical, they will ask you “Why wouldn’t you invest in your product? Think about how much money you can make.â€ Be really careful. If it is a really good idea, those companies should be willing to put their own skin in the game. We at Edison Nation invest our own dollars into developing these products. We’ve invested hundreds of thousands of our own dollars because we think an idea is a great idea.

A Warning about Scams Targeting Inventors 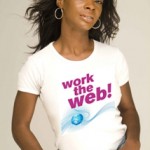