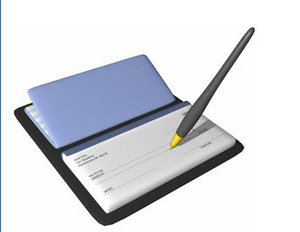 Morgan State University was recently awarded the largest grant in the institution’s 144-year history. The East Baltimore-centered university is set to receive a $28.5 million portion of a colossal $95.8-million, five-year grant from NASA Goddard Space Flight Center. The award will play a vital role in the Goddard Earth Sciences Technology and Research Studies and Investigations (GESTAR) research group, led by a mix of Morgan professors and graduate students known as the Universities Space Research Association (USRA). The team will examine modern science issues, ranging from oceanography to atmospheric chemistry.

“Morgan is committed to its graduates being strong, not just in the STEM (science, technology, engineering, and math) fields but also in critical thinking and global awareness and that is exactly what this grant will do,â€ said School President Dr. Wilson, in a prepared statement. “I am convinced that through this partnership our students will be provided with even richer experiences and many more opportunities, for example, to do internships at NASA. On the other hand, NASA benefits from having access to a more diverse body of talent from which to recruit in the future.â€

What happens when one Long Island town gets fed up with one of the oldest financial institution in America? They stand up against the system–vowing to pull all $12.5 million of its funds, refusing to do business with the bank until it improves its modification procedures.

Hempstead Mayor Wayne Hall is aware of the power his community has in promoting change. “It’s important that Chase and all the big corporate banks start to heed the minority communities,â€ Hall said. “There’s a lot of power in the minority communities. If we all stick together and start withdrawing our money out of these big banks and start putting it into more favorable banks, Chase will review its procedures for modifications.â€

“Just an Internet joke?â€ According to Orange County Republican Party official Marilyn Davenport, that’s all it was when she sent an email this past Friday with President Obama‘s face superimposed on a chimpanzee. The image was coupled with the words: “Now you know why–No birth certificate!â€ according to the Los Angeles Times.

Party members are calling for Davenport to resign, but she has vowed not to.

A new report released by Standard & Poor’s shows the nation’s credit outlook has been lowered from “stableâ€ to “negative.â€ Although the United States kept its triple-A rating, the findings bring to light the United States large debt and deficit in comparison to other highly rated countries.

The nation’s debt is currently approaching the legally set debt cap of $14.3 trillion.

10 Young Entrepreneurs to Watch Out For