In the News: Harlem Legend Dies at 93 - Black Enterprise The South Carolina native who opened the first black-owned business on 125th Street died on Friday at the age of 93.

The local business connoisseur has worked with legendary artists such as Gladys Knight and the Pips and Elmore James, and he became one of the first label owners to record rap music, working with artists like Grandmaster Flash and the Furious Five, Spoonie Gee and Dougie Fresh.

Robinson moved the shop from the original location in the late 1990s, but closed for good on Jan. 21, 2008, due to redevelopment plans issued by the landlord. 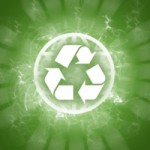 Top 10 at 10: Ways to Green Your Small Business without Breaking the Bank

In the News: Danyel Smith Named Editor-in-Chief of Billboard