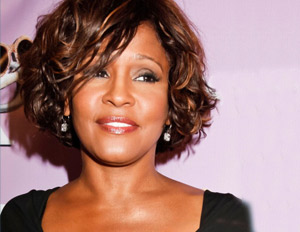 On the eve of music’s biggest night—The Grammy Awards—the entertainment industry mourns the shocking loss of an icon: Whitney Houston. Circumstances of the 48-year-old’s death are still under investigation, but according to Beverly Hills police, the singer was found in her hotel room at the Beverly Hilton Hotel at 3:23pm PST. According to authorities, medical aids tried to resuscitate Houston on the scene, but she was pronounced dead at 3:55pm PST.

It is presumed Houston had plans to attend tonight’s annual pre-Grammy bash of her mentor, music legend Clive Davis. It is unknown whether the incident will cause cancellation of the evening’s event. Houston, who has been open about her struggles with drug abuse, was making another comeback after another stint in rehab. She was set to star in the remake of the film Sparkle, produced by Mara Brock Akil, and has been seen making recent appearances with friend Ray J on several red carpets.

News reports say the Grammy show producers are scrambling to make changes to tomorrow night’s show in order to honor Houston, and that singer Jennifer Hudson may be the one to sing the tribute. On a night when the music industry celebrates its own, one thing is for certain: there will be a great sense of loss among the musicians assembled.

Our condolences to Houston’s family, friends and loved ones.