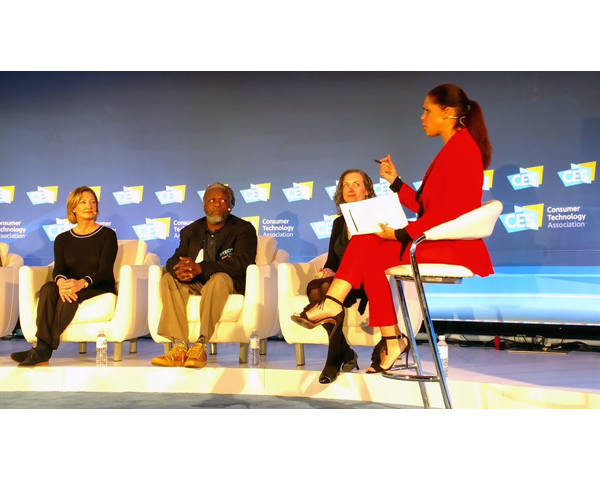 It was an incredible week for women of color in STEM (science, technology, engineering, and mathematics). January 6 was the official nationwide launch of “Hidden Figures,” the biopic about three black women mathematicians–Dorothy Vaughan, Katherine Johnson, and Mary Jackson–whose calculations helped John Glenn orbit the Earth in the 1960s.

Then there was the news of Jeanette Epps, the first black woman to become a crew member of the International Space Station.

Last week at CES, the world’s largest technology show, IBM and “Hidden Figures” director Theodore Melfi and one of its stars, Octavia Spencer; as well as leaders in STEM, came together for a panel on the movie and a discussion of women in science and tech. The panel focused on the incredible achievements of the three mathematicians as depicted in the film and the ongoing push for women to succeed in STEM.

The panel was moderated by award-winning journalist Soledad O’Brien. O’Brien said that the movie was an emotional experience for her. She has been heralded for her coverage of various issues surrounding race in America and is a woman of color of Afro-Cuban and Irish descent.

“At one point, they offer Octavia Spencer’s character [Dorothy Vaughan] a promotion. And she basically turns it down and she says, ‘I’m not taking a promotion without my team.”

O’Brien went on to explain that the scene cuts away to Vaughan, Johnson, and Jackson, walking in a V-formation.

“It’s a hero shot. They’re walking toward the camera and they’re all in skirts, heels clicking,” said O’Brien. “And you can almost imagine it’s the same shot they use for astronauts that are ready to board the shuttle. And it’s a very emotional scene.”

For O’Brien, the movie not only recognizes the power of these women using math and scienceÂ but also what they accomplished socially. She was struck by how the women affected great change. “These are some tough, amazing women who really got the job done that needed to be done,” she said.

During the movie, Octavia Spencer’s character learns to program the IBM 7090 DPS–a vacuum-tube mainframe computer. “It could be used to solve problems that can’t be solved with a lifetime of manual labor,” says Vaughan’s character in the movie.

IBM is one of the oldest tech companies in the world, formed in the 19th century. Its technology was used in World War II and for space exploration.

“Big Blue” also has an extensive history of diversity. “We’re so privileged to have had the IBM forefathers who hired the first black employee,” said Lindsay-Rae McIntyre, IBM’s chief diversity officer.

That employee was Richard MacGregor hired in 1899 by IBM’s precursor company, the Computing Scale Company. In 1953, IBM hired its first black engineer and continues on a trajectory of diverse hiring today.

Watch the IBM and Hidden Figures panel in its entirety here.

A Good Brand is Your Most Valuable Asset