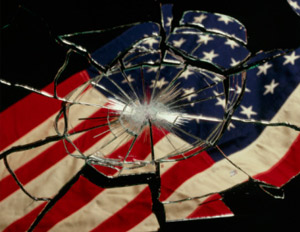 Now that both political parties nominee’s for president are set, I began reflecting on some of the TV ads I’ve seen and various statements candidates have made. My conclusion about both parties? There is hypocrisy in the democracy of the United States.
For example, Republicans claim to be against preference programs–affirmative action, minority set-asides, etc. But, yet they support preference programs for veterans (those who served in the military).

Democrats, in general, claim they support providing a good education to everyone, especially those who are considered low income. But, I find it amazing that most members of Congress send their children to private schools–because they have a choice–they can afford to pay for private schools for their kids.Â President Obama had every opportunity to send his kids to a public school, but he chose to send them to one of the most elite private schools in the country–Sidwell Friends. But Democrats don’t think “poorâ€ parents have the ability, to do what’s in the best interest of their kids. This is what former President George W. Bush called the “soft bigotry of low expectations.â€

As this year’s presidential campaign heats up, listen carefully to what both candidates are saying and don’t be afraid to question their 30 second answers to complicated issues. When they say they are going to cut the budget deficit, notice that they won’t tell you what programs they will cut or which taxes they will raise. When they say America is an “exceptionalâ€ country, what does that mean?

Voters say they want less government, but then they don’t want “theirâ€ programs cut. Voters say teachers should be paid more money, but they don’t want to pay higher taxes to pay for it.Â We, as voters, are the democracy. The politicians are merely temporary representatives of our desires. If we want more government services, then we will have to pay more for them. If we don’t like what’s going on in Congress, then vote them out, regardless of party.

An educated voter is the most dangerous person to any politician. Most Americans are lazy when it comes to being informed about issues that impact their daily lives. But, yet these same voters who claim they don’t have time to keep informed of the issues; know when BeyoncÃ© has a baby or when Lady Gaga does something stupid like wears a dress made of meat!Â We have to be what we are looking for.

Democracies work best with an informed, engaged people. We must hold politicians accountable by forcing them to share their detailed vision for America with the voters. Politicians should be a reflection of our engagement in society. For us not to exercise this engagement, through voting, is very hypocritical and harmful to our democracy.
Our lack of engagement makes a mockery of our democracy because it all leads to hypocrisy.

Hot Ad Mess: Is Lack of Color in the Advertising Biz to Blame for MJB/Burger King Snafu??