Forget the boardroom or even the power lunch; the real great ideas are birthed in the… shower?!?! Well, that’s how it worked for Verneda Adele White, creative director and founder of Human Intonation,Â  an independent apparel line geared towards raising awareness about various social and human rights issues. “Like all great entrepreneurs, I thought of [the name] in the shower,â€ says the 27-year-old with a laugh. “As I was brainstorming, I really wanted to invoke something. When I was thinking about fashion and wanting to raise social awareness the thought process was, I want to use fashion as a voice, so Human Intonation is giving voice to these social human rights issues that affect all of us as human beings.â€

White’s beautiful mission was actually born out of personal tragedy. Five months after Hurricane Katrina displaced her family, she got word that her first cousin and best friend, James Wesley White, died from complications from AIDS. White’s misplaced emotions of anger and grief led her to lash out sexually until something just “clickedâ€ inside of her. “I was very hurt, very angry about [my cousin’s] passing and part of that was a lot of acting out,â€ she admits. “Then I realized that being reckless isn’t going to bring him back and there’s something more productive I can do with this.â€

The end result was Human Intonation. Founded in the summer of 2008, the brand–which includes graphic tees for both men and women–donates 20% of all its sales to non-profit organizations tied into the message of each of the four collections. For example, the Katrina tees benefit Hands on New Orleans, while proceeds from the Darfur Peace, Healing Haiti and Stop HIV tees go to Darfur Peace & Development Org., Yele Haiti and Advocates for Youth, respectively.

More than just a fashionista with a generous heart, White is about evoking real change through action. Over the course of the past year she’s held a series of roundtable discussions that focus on changing people of color’s sexual attitudes and HIV/AIDS awareness. The first three were all-female affairs because African-American women are the hardest hit by the disease, but last night (December 2) she opened the floor for the first co-ed “Protection is the NEW Black: Sex, Love + Lies in the Age of HIV Forum.â€ The panelist included motivational speaker and AIDS activist Hydeia Broadbent, President of Global World Solutions, Prof. David Hughes, program manager for LifeBeat Kizzy Graham and relationship blogger Slim Jackson. The resulting conversation was honest, real and hopefully opened up a few eyes.

“Yes, we are able to live a long time with medicine and have a normal life being HIV positive and living with AIDS, but that is not everyone’s story,â€ White warns. “Don’t ride that on your back and feel that it’s not a death sentence, it can still happen. My cousin found out in September of 2005 [that he had AIDS] and he died in February of 2006–five months. So that’s where I get a lot of my passion and motivation. Every time you choose to have unprotected sex that might be the last time before your life changes for real.â€

SEO For Jobseekers: How to Search-Optimize Your Resume 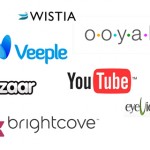