HTC's Newest Smartphone 'The One' Could Save the Company 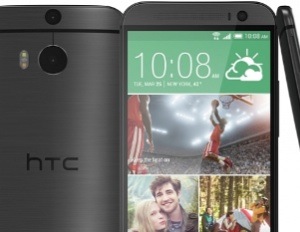 HTC's newest flagship pulls out all the stops, but the smartphone manufacturer still has to compete against Samsung's Galaxy S5.

The new smartphone, the HTC One, takes the same name of its predecessor, but improves upon almost every detail, down to the fit and finish.

The new HTC One is chock full of features that put it in striking distance of Samsung’s newest flagship phone, the Galaxy S5.

Its got a 5-inch screen with a 1080p resolution, putting it in line with devices like the Samsung Galaxy S5.

Under the hood, the One is pretty impressive. It has a 2.3GHz Snapdragon 801 processor, with 2GB of RAM, making the device quick and smooth.

The One’s 4-megapixel UltraPixel camera is an admission that HTC has dropped out of the megapixel race, opting for larger pixels that bring in more light instead. On the front is a 5-megapixel camera perfect for selfies and video chats.

There’s a secondary camera on the back as well that allows the One to do something particularly interesting: you can edit the focus of your photos after the fact, giving you more flexibility in editing photos.

HTC has been struggling as of late, and ever since Samsung’s introduction of the Galaxy line of smartphones, has been losing market share.

The company is betting big on the high-end device, and offered a promise of software updates for two years and free screen replacements for six months.

The One is available for $199 with a two-year contract on AT&T, Sprint, and Verizon. It’ll arrive on other major carriers this April.