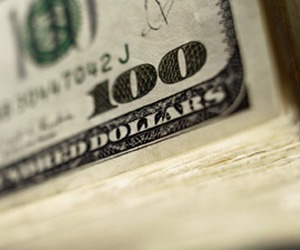 Europe’s biggest bank is facing stiff penalties for its involvement in a money laundering scheme.

U.S. prosecutors have been after the bank for months after allegations of the bank looking the other way while money entered and exited the bank illegally. A settlement has been reached and now the bank will pay $1.92 billion.

“HSBC is being held accountable for stunning failures of oversight – and worse – that led the bank to permit narcotics traffickers and others to launder hundreds of millions of dollars through HSBC subsidiaries, and to facilitate hundreds of millions more in transactions with sanctioned countries,â€ Lanny A. Breuer, the head of the Justice Department’s criminal division,Â said in a statement.

As a part of the deal, the bank had to admit to wrongdoing. The deal is like a five-year probation. If the bank messes up just once, prosecutors will move to indict the bank.

The settlement is the largest U.S. penalty ever imposed on a financial institution. However, some feel that this is a slap on the wrist for the bank.

The case is important for many reasons according to some analysts. U.S. prosecutors have been trying to halt the illicit flow of money in banks and this will prove to be a good test case. However, some argue that the fine won’t do much and that individuals should do time behind this.

“That would send a shockwave through the international finance services community,” said Jimmy Gurule, a former law enforcement at the U.S. Treasury told Reuters. “It would put the fear of God in bank officials that knowingly disregard the law.”

Charging banks with this crime would be a rare move for the justice department, but it would send a message that the government is cracking down on money laundering.

For more on the move to stop banks from money laundering, head to Huffington Post.

Would you Move your Startup to St. Louis for 50k?