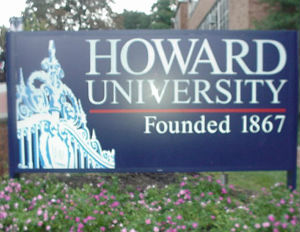 It was a rough start to the school year.Â As students returned to classes at Howard University, they Â continued to raise their voices – virtually, as well as literally – about problems at the school. On Thursday evening, Howard University’s president responded with a letter addressing many of their specific concerns.

On Wednesday, students and alumni, tired of day-to-day hassles and red tape at the historically black university, took their complaints viral, using the #takebackHU slogan to link their frustrations.

The issues they raised weren’t new – as many alumni noted, joining in the tough-but-affectionate criticism of the private university.

The school is iconic, rich with history, and troubled financially.

In recent years,Â its credit rating has plummetedÂ andÂ many employees have been laid off. But this week, students tired of these issues gave them fresh voice, and the complaints went viral – perhaps because they resonated for many alumni, perhaps because they felt familiar to those at other historically black institutions.

Their concerns weren’t philosophical – many expressed love and loyalty for Howard – but practical, logistical. They voiced frustrations over hassles, such as financial aid delays, mice in dorms, and un-air conditioned classrooms. And they noted that all this was happening at a university with high private-school tuition.

Howard’s president, Wayne A. I. Frederick, told students about efforts to resolve problems with financial aid, registration, customer service, and conditions in the buildings. He also reminded them how much money the school spends on aid to students to ease the tuition burden.

Student leaders announced that they were pleased with the results of the meeting. A call center will be established next week to take and manage complaints, and Frederick had reassured them that all the concerns over grants, aid, and tuition bills had been heard and would be resolved.