Howard University Alum Now a VP at Google, Opens Up About Howard West 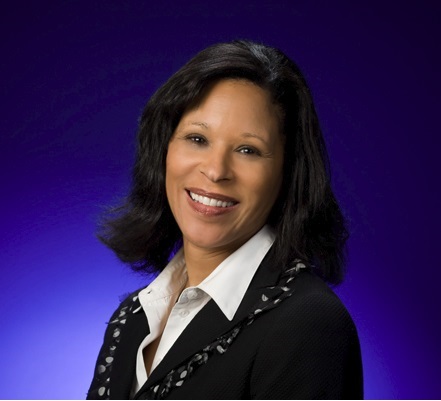 The announcement that Google is opening up its Googleplex campus to students and faculty of Howard University for an intensive summer residency, mentorship, and training, is stirring hope and excitement.

Spearheading this new initiative called “Howard West” is Howard University alum, Bonita Stewart. Stewart currently serves as vice president of global partnerships at Google. She wrote a blog post on what the new partnership between Google and her alma mater means to her:

When I joined Google a decade ago, there was hardly any discussion of diversity in tech. This was long before we published our diversity numbers or understood how important it was for our workforce to reflect the diversity of our users. This was also long before we started formally recruiting from Howard University, a historically Black institution.

Howard happens to be my alma mater, so I am especially proud to share that our formal recruiting from the university has evolved into a residency for Black CS majors right here at the Googleplex. “Howard Westâ€ is now the centerpiece of Google’s effort to recruit more Black software engineers from Historically Black Colleges and Universities (HBCUs)–and to make them feel right at home here in Mountain View.

One of my all-time favorite quotes comes from acclaimed management consultant Peter Drucker: “The best way to predict the future is to create it.â€ This is exactly the thinking behind Howard West, as the program is a way to manifest a future that reflects the values of diversity and inclusion Google has held since day one. With a physical space on campus where Howard students and Googlers can grow together, I can only imagine what incredible innovation and creativity will come to light.

Rising juniors and seniors in Howard’s computer science program can attend Howard West, a dedicated space at Google, for three months at a time. Senior Google engineers and Howard faculty will serve as instructors. The program kicks off this summer and we plan to scale it to accommodate students from other HBCUs in the near future.

HBCUs are a pillar in the computer science (CS) education community, producing more than a third of all Black CS graduates in the U.S. Google already has a strong partnership with Howard through Google in Residence (GIR), a program that embeds Google engineers as faculty at Howard and other HBCUs.

Through GIR we’ve learned a lot about the hurdles Black students face in acquiring full-time work in the tech industry. The lack of exposure, access to mentors and role models are critical gaps that Howard West will solve. We’ve also heard that many CS students struggle to find the time to practice coding while juggling a full course load and part-time jobs. Left unchecked, systematic barriers lead to low engagement and enrollment in CS, low retention in CS programs and a lack of proximity and strong relationships between the Silicon Valley, HBCUs and the larger African American Community.

Ladies, Get Your 20% Back: 3 Tips for Salary Negotiation to Close the Wage Gap

On the Road With ‘Shark Tank’ 2017: Meet the Founder and CEO of Legal Equalizer