One Thing Powerful People Do That Costs Under $10 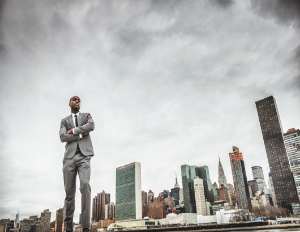 Have you taken a look at your life lately? Look now; there’s something missing. You have the same degree, personal qualities, professional experience as the nextÂ person, but you are the one earning less money, going home alone, and haven’t had a breakthrough in your career or personal life in years. There’s a reason why this has happened: that “other person” may look like you in appearance, but really, they are not.

For argument’s sake, let’s name this other person Terry. Though it may seem like you two are the same, Terry has a different routine–nothing outlandish, but there is one thing they do a few times a month that you do not. On a typical business morning, when you are on the train–sweating and squashed like a sardine–or in traffic waiting for others to move, or hitting the snooze on the alarm,Â Terry is having a power breakfast at a posh hotel with movers and shakers in your city. Terry didn’t know these people, but created them. These people are anÂ inner circle of like minds who meet and exchange ideas, information, and resources to rule the world, or, at least,Â their corner of it. This is howÂ Terry startsÂ the day.

The power breakfast started back in the 1970s with business peopleÂ who wanted to squeeze in a meeting before the start of the business day. Every major city has a spot. When you walk into most restaurants in a business district, you’ll see power breakfasts sprinkled all over, usually between 7 and 9 a.m. Chicago’s Four Seasons is a go-to place, and so is New York’s Le Parker Meridien, with its $1000 frittata (if that is still on the menu).

But, you don’t have to spend big bucks to eat with power brokers. You can get your circle together at a nearby diner for a breakfast of under $10. Reach out to someone successful you’ve met, and invite them to breakfast.

Next time you seeÂ Terry, instead of wondering whatÂ they have that you don’t, introduce yourself. You may get a seat at the table. 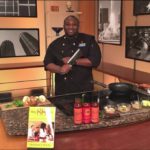