How I Manage Eosinophilic Esophagitis 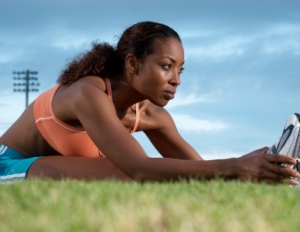 I had been having some trouble swallowing for a few days, but I thought nothing of it. That is, until I almost choked on a piece of food. What I didn’t know was that my life was about to change forever. I have a rare disease called eosinophilic esophagitis. It was bad enough that I’m already dealing with another rare disease, but having to manage three illnesses is very frustrating. It makes me feel sad, angry, and helpless all at the same time, but I hope my story helps youÂ  in some small way. I’m here to tell you that if you’re having even minor problems swallowing, don’t ignore it.

Eosinophilic esophagitis is a disorder of the esophagus that is often thought to be caused by some unknown food allergy (or sometimes an environmental allergen), that results in an increased number of eosinophils (a type of white blood cell) in the lining of the esophagus.

Consequently, the esophagus becomes inflamed, and it’s sometimes painful to eat or drink due to scarring. Food will often become stuck in the throat or lodged in the esophagus, at times requiring an emergency endoscopy to remove the impaction.

Unfortunately, I received this diagnosis about six weeks ago. After getting food caught in my throat, I had to make an emergency trip to the hospital. And let me tell you, an emergency endoscopy (and bronchoscopy, in my case) is quite unpleasant. It took two months to get a proper diagnosis, but it’s a relief to know exactly what I am dealing with. I’ve lost quite a bit of weight due to this disease, and it has cost me a pretty penny to try adjust my diet and purchase medications to keep the disease under control. Even though it’s an annoying (and sometimes expensive) disease to have, I’m thankful that I don’t have to be on a feeding tube like some patients with more severe forms of the disease. Special formulas, such as Neocate Junior, can cost as much as $155 for four cans.

Here are some of my tips for how to cope:

1) Eat slowly: I have learned the art of mindful eating. Instead of rushing through my meals (now limited to liquids and very soft foods), I take my time and savor each bite.

2) Rest: I seem to tire more easily than before, so I make an effort to get to bed a little earlier.

3) Follow your doctor’s orders: When I first received my diagnosis, I was told that I would have to go on an elimination diet. This required me to cut out more than 20 foods. It’s important to follow your doctor’s instructions carefully so that you can get better.

4) Address feelings of sadness early: Eating normally one day and then suddenly not being able to swallow can be disconcerting. It is really hard to enjoy social gatherings when you can’t eat solid foods. Make sure to talk to those close to you about how you feel and how the change is affecting you.

For more information, visit the American Partnership for Eosinophilic Diseases.

Congress Managed To Get Banned From Wikipedia