How to Make Graduating High School College-Ready the Only Option 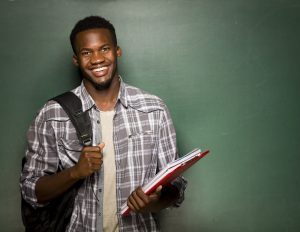 To me, it doesn’t make sense to have students go to high school, then graduate not ready for college. Even if students opt to go to trade school or join the military, the aim of high school should be to adequately prepare students for their next steps. Graduating fully prepared for college would give students options–no matter where their plans and interests might take them.

At the John R. Rogers High School in Spokane, Washington, school leaders seem to agree and have weeded out courses that didn’t prepare students for anything post-graduation. Its administrators are insisting that kids take Advanced Placement courses, four years of math, and four years of lab science. The entire city of Spokane is overhauling its K-12 curriculum, so kids will do more research and learn better study skills.

Here’s an excerpt from the Hechinger Report‘s article, titled Why Placing Students in Difficult High School Classes May Increase College Enrollment, which is about how these higher standards are unfolding:

On the screen in front of them was a list of three dozen students who administrators believed could succeed in an AP class. But the students were not yet scheduled to take one in the coming fall. One by one, the principals looked at each student’s profile, which included the student’s answers to district-wide survey questions about what worries them about AP classes, what subjects interest them, and what adults they trust in the building.

Wyborney, sitting, as she often does while concentrating, with her elbows on the table and one hand absentmindedly raised to her mouth, kept up a running commentary. ‘Boy, she’s not taking much next year,’ she said of one student before placing her in AP Digital Photography. Of another: ‘He’s looking at a four-year college. He has got to get into AP English.’

Over and over, she declared ‘I’m on it’ as she scribbled down the names of students she planned to personally track down to talk to about scheduling changes.

The meeting was part of a broad effort across the district to decrease the gap between the number of high-income and low-income students who go to college. In Spokane, 48% of 2014 graduates who received free or reduced-price lunch–a typical indicator of poverty–went on to higher education the following year, compared to 65% of those who didn’t receive subsidized meals, according to state data. Nationally, 52% of low-income high school graduates immediately enrolled in college in 2014, compared to 81% of high-income students.”