How to Determine Whether Youâ€™re Hiring the Right Fit 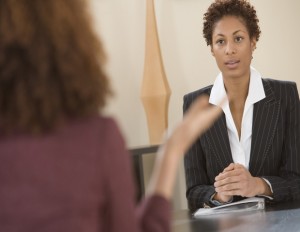 Many founders and venture capitalists espouse the mantra hire fast, fire fast. There’s a sense of urgency to fill every open position, because every day a position is open is a day thatÂ work isn’t getting done. And if you make a hiring mistake, well, you can always fire that employee and try again with someone else. Sounds like good business, right?

[Related: How to Master the Art of the Follow-Up]

But there’s a problem: employees are people, not resources. They are people with lives, obligations and financial needs. Yes, you should focus on doing what’s best for your company. But you should also treat people with the respect they deserve.

An all-too-common anecdote. (Based on a real story.)
SaasCo, a Bay Area startup, just raised a $7M round of funding and is hiring quickly. They found Aaron, who lives in Cleveland, OH and who had been searching for software engineering jobs in the Bay Area. SaasCo interviewed Aaron, giving him a coding test and technical design questions. They even flew him out so he could meet the team over lunch. All went well. Aaron got the job and relocated with his wife and kids (relocation expenses paid). The change was disruptive and expensive (due to the high cost of living) for his family, but he had a high-paying job at a well-funded startup, and he and his family would adjust.

Six weeks into the role, the founder called Aaron into his office and fired him. Aaron wasn’t delivering results. He was used to a slower pace with more structure, but SaasCo was a bit chaotic. Employees needed to make progress without being guided; the company needed to hit their metrics to raise their next round of funding. Aaron was struggling with the ambiguity, and others were getting frustrated. The company paid Aaron a week of severance, and the founder knew he made the right business decision to let Aaron go.

Was the company right in letting Aaron go? Probably. Could they have handled the situation better? Definitely. These types of occurrences happen all too often. This “churn and burnâ€ culture is not something I (or my company) want to be part of. So how do we approach it?

Hire slowly.
Slow doesn’t mean what you might think it means. When hiring, you should move candidates through the process as quickly as possible. And when you find someone who’s a good fit, you should move quickly and make an offer.

Hiring slow means that you should be thorough. Don’t make the hiring decision based on a snap judgement. Create a structured process that tests for job and culture fit and fights against your biases. Google’s Senior Vice President of People Operations has written quite a bit on the topic.

A thorough process is fairer to potential employees. You’re doing the hard work of assessing fit up front, so that hopefully you won’t need to let them go. We’ve iterated on our process many times, and we’ll continue to do so.

Fire quicklyÂ but humanely.
Occasionally, you’ll need to let people go to protect your company and your other employees. After all, one person who’s not a fit can negatively affect everyone else. However, you can let people go and treat them with respect. Here’s how:

Share your stance on firing with employees BEFORE they join.
When new employees join a company, they often assume they have some level of job protection for at least a year or so. It’s an implicit understanding, especially for those who have not worked in a fast-paced startup culture. But if you believe in firing fast, then you should explicitly let the new hire know about your approach. Even better, let them know what percentage of people have been let go in the first three months. Let them opt into the risk of joining your company. Don’t rely on the employee’s understanding of at-will employment. Don’t lie by omission to get them to join.

At my company, Magoosh, we currently ask all employees to start on a three-month contract. Some argue that having a contract period may lead to fewer people accepting offers. That may be true, but the three-month contract forces us to have a conversation about the risks of joining our company. For instance, I don’t want someone to relocate to join our team if they aren’t comfortable with theÂ contract. The risk for them is the same with or without the contract.

What TED Talk Speakers Teach Us About Giving Presentations