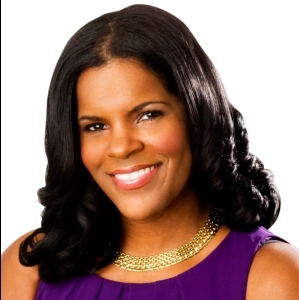 The jobless rate. It’s the topic of unwavering discussion these days, especially as it relates to the disproportionately high numbers of African Americans who continue to struggle to find work. But there’s one easy way the government can help reduce the jobless rate–especially for African-Americans: Put an end to the practice of employers discriminating against unemployed job-seekers.

For more than a year, employers nationwide have been blatantly discriminating against the jobless — roughly 14 million Americans — by refusing to consider hiring people who are currently not working, or who have been unemployed for longer than six months or so.

According to numerous reports, if you’re out of a job, you’re out of luck with a growing number of employers whose job postings specify that applicants “must be currently employedâ€ and that the “unemployed need not apply.â€ This issue has huge implications for African Americans–considering the 15% unemployment rate in the Black community far exceeds the national unemployment rate of 8.8%.

Now comes word that one state, New Jersey, is doing something about this disturbing trend.

Under a new law recently signed by New Jersey Governor Chris Christie which takes effect in June, employers are prohibited from publishing job advertisements–in print or online–stating that the unemployed cannot apply. Violators can be fined up to $1,000 for the first offense and up to $5,000 for subsequent offenses.

The New Jersey law is believed to be the first of its kind in the country. But let’s hope other states follow suit.

In fact, federal legislation banning discrimination against jobless Americans could go a long way toward ensuring that Blacks, women, older workers and others with markedly higher levels of unemployment aren’t unfairly kept out of the jobs market.

In March, Rep. Hank Johnson (D-Ga.) introduced such federal legislation. Although the Fair Employment Act of 2011 is still in committee, the bill would amend the Civil Rights Act to include unemployed people as a protected group, and make it illegal for employers to refuse to hire people based on their employment status.

To its credit, the EEOC is also looking into the matter. In February, the agency held a forum on discrimination against unemployed job seekers. The EEOC hearing resulted after members of Congress urged the commission to investigate the issue.

“At a moment when we all should be doing whatever we can to open up job opportunities to the unemployed, it is profoundly disturbing that the trend of deliberately excluding the jobless from work opportunities is on the rise,â€ said Christine Owens, Executive Director of the National Employment Law Project, in testifying on the matter before the EEOC.

But in the Garden State, some detractors of the New Jersey bill said the government has no right to tell employers which workers they can and can’t hire — or at least which individuals employers can or can’t solicit in job announcements.

I beg to differ with critics of the New Jersey bill. And so would members of the U.S. Supreme Court.