How Long Before We Forget About Trayvon Martin? 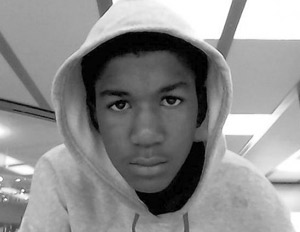 Perhaps it’s the result of being a part of an ADD-riddled generation, where our attention spans grow shorter by the tweet, status update, trending topic or #hashtag, or maybe I’m just a pessimist, but I’m not waiting for the day where there’s justice for Trayvon Martin. Based on what I’ve seen in recent years, I’m just counting down until the day we all forget about the 17-year-old and move on to the next big news story of the moment.

For clarity’s sake; I’m not saying we should forget about Trayvon’s life and what his death murder means for young Black men like him, like me, like you (or, at the very least, someone you know), but the sad fact of the matter is you likely will. Maybe not today, maybe not even a month from now, but at some point down the line you, like many others, will not only forget Trayvon and his back-story but why his name even reserved space in your memory banks in the first place.

Don’t believe me? When was the last time you thought about Abner Louima,Â Amadou Diallo,Â Sean Bell, Rodney King,Â Kathryn Johnston, or Emmett Till? Too far back for you to remember? Okay, how about death row inmate Troy Davis, who was executed last September despite public outcry and evidence that called his guilt into question? Or what about 18-year-old Ramarley Graham, who was shot and killed in his bathroom after NYPD officers followed him home and broke down his front door just this past February? Graham’s death happened a little over three weeks before Trayvon’s and I regretfully admit that I had to Google Graham’s case to recall his full name. Does that mean Trayvon has better PR or was his death just the “next big news storyâ€ that made Graham’s less relevant?

I don’t ask that question to belittle the life of either man, but to illustrate the realities of how quickly many of us seem to move on from something that once caused a chorus of disapproval before fading into the background like white noise. An unjust death or case of abuse should be more than a trending topic because by definition trends come and go. Justice should not fall under the same category.