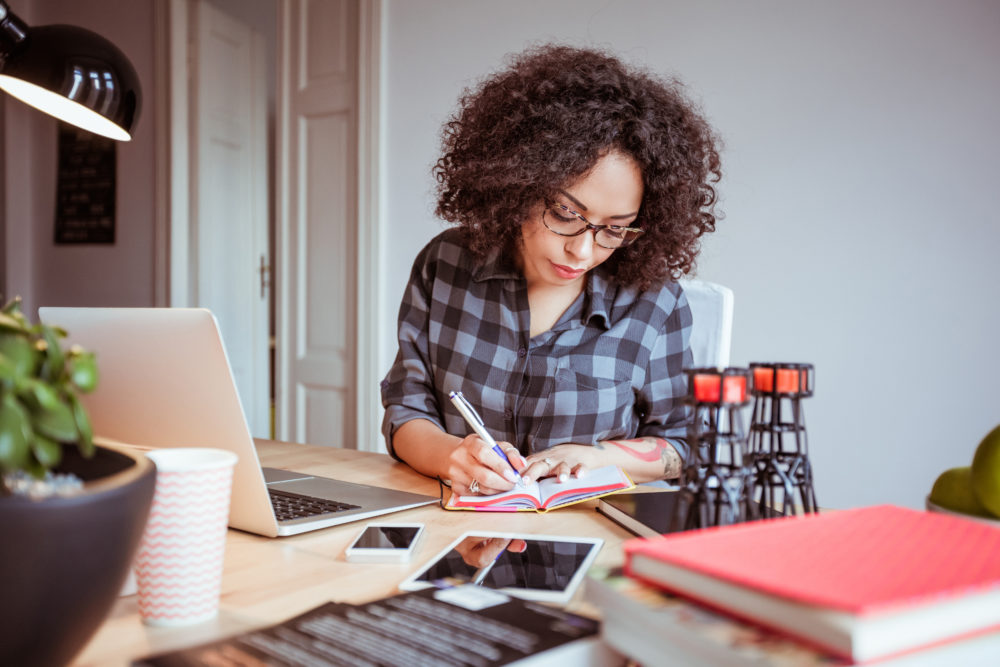 When Maxine P. Gill was laid off from her job as a sales and marketing director for Comcast in 2008, she decided to explore her longtime dream of entrepreneurship. “I always knew I wanted to own my own business,” she says. After considering a rib restaurant venture with a business partner, she decided to look into franchises instead since they have a structure and support system already in place.While sorting through opportunities with a franchise consultant, the 48-year-old quickly learned that franchise costs ran from about $50,000 to $200,000. She was particularly drawn to a home-based franchise because they tended to be on the lower end of the cost spectrum, which would allow her to start small and grow her business over time.

Using about $80,000 in savings to cover startup costs that included the $35,000 franchise fee, Gill purchased a College Nannies & Tutors franchise that provides nanny and tutoring services in October 2008. She officially opened College Nannies & Tutors of Bethesda in February 2009. Her territory consists of the Maryland cities of Bethesda, Chevy Chase, Rockville, Potomac, and Cabin John, and also Washington, D.C.

In 2009, the business, based out of her Laurel, Maryland-home, grossed $131,000, and in 2010, it had nearly tripled its revenues to $348,000. In February, Gill signed a lease for outside office space and is now based in Bethesda, but she admits that starting from home proved to be a sound business strategy. “Working from home allowed me to accumulate funds and take my time to find the right location,” she says. Gill is one of many who have found success in home-based franchising. And while that success is never guaranteed and many such ventures fail, franchising remains a popular avenue for wealth generation.

In the 2011 Franchise Business Economic Outlook, PricewaterhouseCoopers (PwC) projects 784,802 franchised businesses to account for nearly 8 million jobs and $740 billion in economic output.  “Concepts that require less startup capital may be more attractive for some entrepreneurs in this continued challenging credit environment,” says Matthew A. Haller, a spokesman for the International Franchise Association in Washington, D.C.

Opportunities and Costs of a Home-Based Franchise

If you’re looking for franchises that give you the option of working out of your home, start with service-based businesses, says Rick Bisio, a franchise consultant and the author of The Educated Franchisee: The How-To Book for Choosing a Winning Franchise (Bascom Hill Publishing Group; $18.95). Food service and product-oriented franchises typically require a storefront or office to house inventory and interact with customers.

According to PwC, franchises that offer personal services, which include education, healthcare, entertainment and recreation, laundry, and transportation, will see a 2.5% increase in the number of franchise units this year. On the other hand, those offering business services, such as employment help, tax preparation, and office administration may actually see opportunities decline since the number of units is expected to decrease from 92,937 units in 2010 to 92,714 units in 2011. To ensure that you’re dealing with a reputable franchise operator, ask for a copy of their Franchise Disclosure Document (FDD), a form that provides information about a franchise and how it is run.

Home-based franchises have lower build-out costs because you don’t have to create an environment where a customer can come and visit. You also have lower fixed-costs since you don’t have to pay for rent or utilities outside your home, or hire staff to man the front desk. That translates to a faster time to market.

When Krista and Bill Roberts acquired their Abrakadoodle franchise in 2005, they chose the home-based route for the low overhead. But when Krista became pregnant, the couple realized the franchise could also provide flexibility, along with earning power. With Abrakadoodle, “you plan your day and you plan your schedule,” says the 37-year-old Krista of the business, which develops art education programs for children. “Some owners do a lot of summer programs and camps, while we’ve decided we’re going to focus on the school year programs because I want the summers off to be with my kids.”

But while Krista can take off in the middle of the day to take her children to the doctor, she still has to carve hours out to sell the benefits of her art programs to after-school program directors. At first it was difficult keeping 4-year-old Karly and 3-year-old Benjamin from having free reign in her office, but eventually the couple created work—life boundaries. “Our business is based in the basement of our home and we try to keep it that way,” says Krista. “Our kids don’t go in there. It’s the office and they know that when mommy or daddy are downstairs, they’re doing work.”

The Robertses also discovered that home-based businesses had a marketing disadvantage. Unlike storefront offices with signage and street visibility, home-based franchises have no physical presence to consumers. “Most home-based franchises will require that the owner do a lot of marketing and sales whereas if you’re in a retail-based location, customers come to you,” says Jania L. Bailey, president and chief operating officer of FranNet, a national franchise consultancy based in Louisville, Kentucky. In addition to doing direct mailings and advertising, the Robertses got around that challenge by using Facebook and Twitter to spread the word. They also sought out partners in well-trafficked locations to develop art programs with.

Despite the challenges, many home-based franchisees say the good outweighs the bad. “There’s a feeling of empowerment and confirmation that I can make a life for myself and my family, on my own and not be beholden to the limits and lack of fulfillment a corporate career often provides,” says 39-year-old Bill.

The Robertses also plan to eventually open an outside office once they find the right location, but like Gill, they are happy with the financial growth they were able to capitalize on thanks to the low overhead costs associated with a home-based business. “I think the biggest misconception about home-based franchises is that they can’t make the kind of money they need to make,” says Bailey. “A home-based franchise can be a very lucrative business if you pick the right one.”