Housing Market is Up and Down, Numbers Show 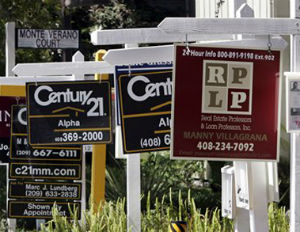 The National Association of Realtors reported that existing home sales slipped in March due to limited inventory, while a surge in the construction of apartment buildings rose. At the start of the spring-buying season, the number of existing homes sold on the market declined 0.6 percent to a seasonally adjusted rate of 4.92 million in March, but still is 10.3 percent higher than the 4.46 million houses sold in March 2012.

And while a 30-year, conventional, fixed-rate mortgage is at record lows, Freddie Mac reports that the mortgage rate is slowly increasing. This month, the rate rose to 3.57 percent, up from 3.53 percent in February.

We all know since the housing bubble burst in 2008, banks have tightened their credit requirements. But if you don’t have a credit score of 700 or higher, don’t even think about qualifying for these low rates. You won’t! And that’s hurting growth in the housing market.

Experts speculate these credit reforms in home purchases are preventing many potential buyers from purchasing homes, especially the sale of single-family homes.

But are there any alternatives?

For those first-time buyers who can afford low mortgages, they accounted for 30 percent of home purchases in March. Unfortunately, existing condominium and co-op sales fell 3.2 percent.

But it’s not all bad news. Regionally, existing homes sales in the Northeast are at 6.8 percent above a year ago. The bad news is that the median price is $237,000, up 3.0 percent from a year ago. Compare this to the national median home price of $184,000 in March, which is 11.8 percent higher than this time last year.

By the end of March, the total number of homes available for sale increased 1.6 percent to 1.93 million.