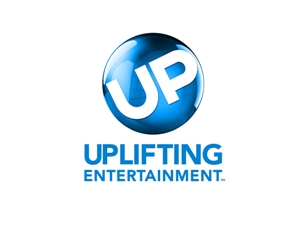 For four years UP TV has offered five aspiring screenwriters with the rare opportunity to have their work transformed into professionally produced projects that have aired on the cable network. The most recent screenplay selected by the 10-year old network that is dedicated to uplifting viewers every day is “Island In The Sunâ€ by Christopher Brandt. “This is a phenomenal opportunity for next gen talent to truly break into the big leagues of professional production,â€ says Tracey Tooks, senior manager of Trades & Affiliate Marketing for UPTV. “Some of our previous winners have gone on to create additional projects for UPTV, and are being offered opportunities from other entertainment entities. We have been extremely satisfied with the outcomes for this competition and we are proud to be a catalyst to providing next gen talent with a chance to have their voices heard through our program.â€

The 24-year-old singer who stunned America on “X Factor USAâ€ is ready to take her career to the next level with the release of two singles, “No More You,â€ and “Take Meâ€ in the coming months. No stranger to high praise, the singer plans to embark on a nationwide promotional tour this fall in support of the project. Stay tune!

Congratulations to popular film critic Shawn Edwards who was recently named the director of the Kansas City Jewish Film Festival (KCJFF). Â An award-winning journalist for the Fox affiliate in the nation’s heartland, Edwards is expected to bring his considerable knowledge of the movie industry to the 16-year-old festival that takes place Oct. 11 to 19.

The City of Atlanta’s Â continues to cement its positioning as a permanent location for TV & film production with a number of projects currently in production or planned for the coming months. Networks TV One, Bounce, and UpTV have projects in the greater metro area that join the recently wrapped “Hunger Gamesâ€ sequel and “Vampire Diariesâ€ that have made their home in that southeast city.

What is the name of Melvin Van Peebles’ first full length film?

Answer: “The Story of a Three Day Passâ€

The African American Film Critics Association that represents the leading black film journalist in the world. Visit Aafca.com AAFCA is a federally registered trademark. Copyright 2014 by AAFCA. All rights reserved.