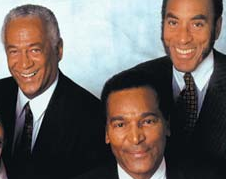 For the 25th Anniversary of the BE 100s, our editors celebrated the “Marathon Men,â€ CEOs whose companies have been among the nation’s largest black-owned businesses since the list’s inception.

The business legends featured: John H. Johnson, who created Johnson Publishing Co., the parent of Ebony and Jet; Herman Russell, founder of H.J. Russell & Co., the nation’s largest black-owned construction firm to date; Nathan Conyers, CEO of Conyers Riverside Ford (which has since dropped off our list); Ed Lewis and Clarence Smith, founders of Essence Communications, which produced Essence magazine and a variety of products to serve the black women’s market; and BE founder Earl G. Graves, Sr., who remains the nation’s leading champion of black business.