The Skinny on Higher Ed and Student Loan Debt 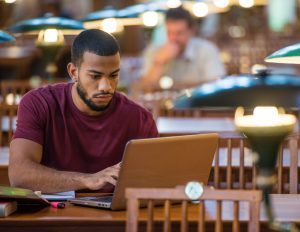 I’ve been writing lately about free and low-cost master’s programs, and it’s interesting to compare the liberal generosity of Cuba–which provides a fully free medical school to people of modest means–with the tightfistedness of some American schools.

Somewhere in antiquity, the idea of scholarship got attached to class and wealth, and that ancient attachment is still intact. According to The New York Times, the best computer science master’s degree programs cost between $43,000 and $57,000. That’s a lot of money, even if earning the degree does put you in a position to take a lucrative job. I just wonder, why is there a price for prestige? I tend to think that the Cubans have it right: Provide an excellent education for free because people need it, not to make a profit.

A report that came out in July from the Council of Economic Advisers examines what the Obama administration has done to ease the high cost of a college education. In an effort to open the doors of educational opportunity more widely, the administration has made several important moves “so that all Americans can gain the economic benefits of higher educationÂ while minimizing the risks such as failing to complete a degree, receiving a low-quality education, and finding a job with low earnings.â€

Here’s an excerpt from the Huffington Post written by Jason Furman, the chairman of the Council of Economic Advisers. In his post, Furman examines the challenges of student debt:

Over the past 20 years, student debt has risen rapidly and now totals $1.3 trillion, the second largest category of consumer debt. With the rise in student debt, and the deep recession, defaults and delinquencies had also increased sharply, though over the past couple of years, they have stabilized and started to fall modestly.

That’s why for the last seven years, President Obama has worked hard to make college more affordable and student debt more manageable. Investments in education typically have high returns, and it’s essential to address the challenges of student debt, so that all Americans can gain the economic benefits of higher education, while minimizing the risks like failing to complete a degree, receiving a low-quality education, and finding a job with low earnings.

A new report by the Council of Economic Advisers brings new data to bear to better understand the nature of these challenges.

First, and most importantly, we must understand the benefits of the education financed through student loans. Higher education is one of the most important investments individuals can make for themselves and for our economy, with bachelor’s degree recipients typically earning $500,000 more in present value over their lifetime compared to high school graduates.

While student loans in some sectors do present meaningful concerns, on average, the additional earnings from a college degree far exceed the amount of debt students borrow for a degree, which averaged $20,300 for all students or $29,400 for students with debt (in 2012).

It is also important to understand which factors put students most at risk for default. Although much attention has been paid to some cases of students with very large loan balances, in general these large loan balances are incurred when paying for graduate school–an investment that generally leaves people able to repay the loans with their additional earnings.

In fact, the highest rates of student loan default occur among students with the smallest amounts of debt. That’s because students with lower amounts of debt are much less likely to have completed, having left school before paying for the full cost of a degree. Completing a degree substantially raises the likelihood of finding a well-paying job and successfully repaying student loans–which is why the president has been so focused on college completion.

That’s a Wrap on the 2016 Black Enterprise TechConneXt Summit

Protect Your Wealth: Close the Bank of Mom and Dad