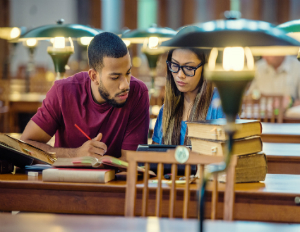 As a result of this mismatch, looming gaps in minority attainment remain. Only about 29% of blacks and 21% of Hispanics have degrees today, compared with 45% of whites.

But the lesser-told and more encouraging story is this: As a nation, we’re making slow but steady progress in increasing minority attainment. And because of the growth in college enrollment projected among students of color, in the next decade we have a rare opportunity to accelerate progress and significantly reduce the divide.

Achieving this requires redoubling our commitment to making equity in higher education a key priority and aligning our efforts accordingly. This is both an economic imperative and a critical move for our nation’s future.

By the end of this decade, more than two-thirds of all jobs will require an education beyond high school. To create the pipeline of talent needed to meet economic demands, we must ensure that every American — regardless of race or socioeconomic status — has aÂ chance at postsecondary success.

When it comes to minority attainment, it’s promising that the trend line is headed in the right direction.

The percentage of black Americans with postsecondary credentials grew by 1.9 points, to 28.7%, from 2010 to 2014, the most recent year for which data are available. Hispanic attainment also has grown by 1.7 points in that time frame, to 20.9%. And that number has ticked up consistently each of the five years for both groups.

To accelerate this progress, we must revamp our nation’s higher education system to ensure that it serves all students well and supports their completion. This requires myriad changes, but two reforms in particular could make a major impact in a short time frame.

First, we need to eliminate the barriers that students of color face in accessing financial aid. About 2 million students who would have qualified for financial aid in 2011-12 failed to fill out the Free Application for Federal Student Aid, or FAFSA. By simplifying and streamlining the application process, we could ensure that students of color — and all students — are able to tap into the financial resources needed for success.

Second, families must have access to information about postsecondary programs’ outcomes. Too often, students lack understanding about institutions’ graduation rates, average loan debt, graduates’ salaries, and more. Without this information, it’s difficult to make informed decisions about which program to pursue. And making the wrong choice can lead to a pile of debt but no credential — an issue that’s especially acute among first-generation students and students of color.

The time to act on such changes is now.

Our nation is poised for dramatic growth in college enrollment among minority students — including a 25% increase among blacks and a 42% spike among Hispanics by 2021. By ensuring that those students successfully complete their degrees, we can narrow the long-standing divides in postsecondary attainment and, in effect, make history.

The next decade offers us a chance to meaningfully address the equity gap. By seizing it, we can remake the postsecondary system into one where all students — especially first generation students and students of color — can thrive.

And all of us will reap the benefit. 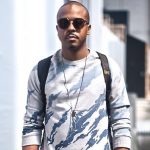 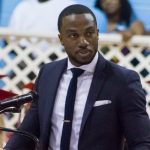