Your Helicopter Parent is Ruining Things for You 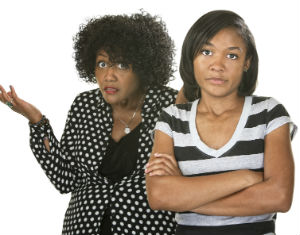 Have you ever heard of a helicopter parent?

Well, these are overprotective, overbearing, slightly obsessive parents who take an excessive interest in the lives of their children.

Many people may think that being a little overinvested in a child’s life is pretty typical when raising toddlers, adolescents, and, in a stretch, maybe even those that are college-aged. What if, though, these overbearing parents helicopter their way into the workforce. This is an actual thing that happens.

Parents are making it their business to usher their children into their careers. They are assisting in interviews, requesting your benefits, and consulting with managers on your job affairs. Here’s something that shouldn’t surprise you, but this behavior is frowned upon.

According to a recent OfficeTeam survey, more than one in three (35%) senior managers said they find it annoying when parents are involved in their kids’ search for work. Another one-third (34%) of respondents prefer mom and dad stay out of the job hunt, but would let it slide. Only 29% said this parental guidance is not a problem.

OfficeTeam asked managers to recount the strangest thing that these helicopter parents have done for their job-seeking children and as unbelievable as it may seem, here’s a little of what they’ve encountered:

Parents, let’s apply a strong “no!â€ to all of this. If there must be a firm limit to your hovering, here it is.

When entering the job market, this is the time when adults are not only suggested toÂ but are required to stand on their own two feet if they’d like to stand any chance of survival in the workforce.

As a parent, if you have to get or keep the job for your child then you should be doing that job, and not your child.

Children of helicopter parents, draw the line here. Allowing your parents to have too much involvement in your career can ultimately lead to you having no career at all. Employers want to know that you’re self-sufficient. Besides, if they wanted to hire your parents, they would’ve.

Helicopter parents, right about now would probably be a good time to fly away.

The Stark Reality about Entrepreneurs of Color

How Our Company Bounced Back From a Failed Client Engagement