Thursday’s healthcare reform summit was, in many ways, a last-ditch opportunity for President Barack Obama to try to win bipartisan support for the centerpiece of his legislative agenda. The marathon session did, in fact, turn out to be the “frank and honestâ€ conversation he’d hoped for, but in the end it only highlighted the two parties’ differences in even starker contrast.

Faced with the reality that there remained at day’s end profound disagreement on how to move forward, Obama seemed to have come to terms with the fact that a divide remained. He issued an ultimatum to members of both parties, saying that if Republicans could not find ways to work with Democrats to create a comprehensive bill in the next six weeks, his party would have to go it alone.

“We cannot have another yearlong debate about this,â€ the president said.

It’s a risky proposition, given that many lawmakers are concerned about the political ramifications they may face during November’s midterm elections. All House members and a third of the Senate are up for re-election. But Obama thinks it’s a risk well worth taking, noting “that’s what elections are for.â€

The summit was premised on the idea that there was perhaps more common ground between Democrats and Republicans than they realized. In his opening remarks, the president stressed how everybody is faced with the challenges of healthcare costs and recalled his own personal experiences with family medical emergencies, such as the time his daughter Sasha had meningitis as a baby.

“I remember thinking, while sitting in the emergency room, what would have happened if I didn’t have reliable healthcare,â€ Obama said. He added that “everybody understands the problem is not getting better; it’s getting worse,â€ but also acknowledged that there was a possibility that Democrats and Republicans would remain deadlocked.

One of the most fundamental differences to emerge during the summit was whether to pass one big bill or a series of bills that attack issues one-by-one. Throughout the day, Republicans repeated a mantra to “scrapâ€ the House and Senate bills already on the table, to “start overâ€ and take a “step-by-stepâ€ approach.

Senator Lamar Alexander (R-Tennessee), a former governor, said that the Democrats’ proposals include too many tax increases and spending cuts on Medicare and would dump millions of Americans into a Medicaid program. Likening the summit to a Detroit auto show where customers leave unimpressed with the newest model, he said, “This is a car that can’t be recalled and fixed, and we ought to start over.â€

A few areas of agreement did emerge, such as greater provider regulation, which would enable children to stay on their parents’ plans longer. Lawmakers agreed on allowing consumers to buy coverage across state lines and allowing small businesses to form purchasing pools, but they differed on how to accomplish that and how much government involvement there should be. 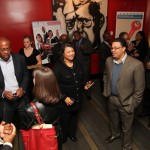