Head of Logo Documentary Films Talks Life in the Arts 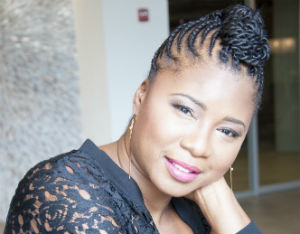 Head of Logo Documentary Films and proud, openly LGBT filmmaker Taj Paxton has made notable waves in the entertainment industry.

BlackEnterprise.com caught up with Paxton to find out the “whatsâ€ and “whysâ€ of her career:

BlackEnteprise.com What made you realize your calling was in the entertainment industry?

It’s interesting that even though I grew up in the shadow of Hollywood (our apartment was around the corner from Paramount Studios) I never thought of entertainment as a profession. I started business school inspired by [fictional characters like] Gordon Gekko, and by people like Reginald Lewis, in real life. I’m happy I chose a career in entertainment. People talk a lot about how it’s a great way to make money; it’s also a great way to make a life.

How did you land your current position as Head of Logo Documentary Films?

This position found me at the right time. After working at a studio and running an independent production company, I spent a number years as a freelance producer and screenwriter. That kind of autonomy and self-determination has its advantages but I missed being a part of a team and perks such as an IT department. I also needed to be reminded of the larger vision of producing work that makes a difference. With the sacrifices they make and the sometimes taboo or risquÃ© topics they pursue, documentary filmmakers remind me of that larger vision.

What do you consider your greatest career accomplishment as an artist, thus far?

I would say it’s two things–my mom texting about 125 people to watch the premiere broadcast of Out in the Night,Â the film that launched our slate in 2015, and I’m proud that I haven’t allowed myself to be pigeonholed; I’ve followed my curiosities, into multiple formats: docs, features, TV, and music.

Â What is your dream?

In many ways, I’m living it. My heart is in bringing the world closer together, helping us realize we are more alike than we are different. So many of the films I’ve been involved in do that. Mind GameÂ helped African Americans, in particular, put a face to mental illness. When you see Chamique Holdsclaw and hear her boldly tell her story, you embrace her and what she’s been through and all of a sudden you understand someone in your family better. Those tiny ripples are important.

What moves you as a filmmaker/artist/executive?Â

As a filmmaker, I’m moved by brilliant performances and by uncompromised storytelling.

As an artist, I’m moved by watching people express themselves boldly.

What do you know right now that you wish you knew when starting out?Â

Honestly, I wish I knew how to manage my money. Business school and all those years of reading Black Enterprise and I still didn’t start saving until late in the game. At a certain point, I woke up and felt more pragmatic than I did earlier in my career and I see now it’s easier to “live life like it’s golden” when you have some cushion.

What is your ultimate goal as an artist and executive?Â

I’m here to reflect the times as the beloved Nina Simone admonishes us to do.Â As long as I do that every day and do it unequivocally, I think the ultimate part will take care of itself.

I definitely wantÂ to play in the sandbox with my fellow creators of color and direct beautiful films, create television about the multi-faceted people who populate my life. In the immediate, my goal is to continue to shepherd this division and remind people that LGBT also equals POC. That’s highly important to me.

What the Updated National HIV/AIDS Strategy Means for Black America

Healing the Scars of Sexual Abuse