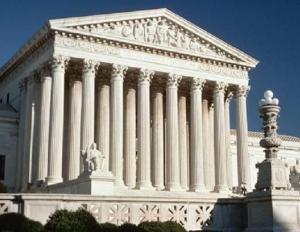 The Austin, Texas non-profit group, Students for Fair Admissions, has filed a lawsuit against Harvard University and the University of North Carolina at Chapel Hill Monday arguing that affirmative action policies should be banned at colleges nationwide.

The federal lawsuits allege that the two universities reliance on affirmative action have negatively impacted the admissions process for high-achieving white and Asian American students.

“Allowing this issue to be litigated in case after case will only perpetuate the hostilities that proper consideration of race is designed to avoid,” states both lawsuits filed by the nonprofit. “Racial preferences are a dangerous tool and may only be used as a last resort.”

In the case of Harvard University, the suit is arguing that the college is using their “holistic approach” to admissions to disguise the fact that they hold Asian American students to a far higher standard than other students, which ultimately forces them to compete against one another for admission. The case goes on to argue that the Ivy League university also uses “racial balancing” in its enrollment process, which results in the same percentage of African American, Hispanic, white and Asian American students being admitted into the university each year.

As a solution, the lawsuit suggests the schools adopt a “race neutral” policy that gives greater consideration to a prospective students socio-economic background, while boosting financial aid, scholarships and minority candidate recruitment efforts.

Despite the allegations outlined in the lawsuit, both Harvard and UNC stand by their current admissions policies, with the HuffingtonPost reporting UNC-Chapel Hill spokesman Rick White saying, “(T)he university continues to affirm the educational benefits diversity brings to students, as well as the importance of preparing students for a diverse society and assuring a pool of strong state leaders by admitting undergraduates from every background.”

Lawsuits against a university for its affirmative action policy isn’t the first of its sort this year, as the topic has been brought to the courtroom table on numerous occasion. In July of this year, a federal court upheld the decision for the University of Texas at Austin to keep its affirmative action policy after a young white Texas woman sued the university after being denied admittance. Meanwhile, an April Supreme Court decision upheld a Michigan voter initiative that banned affirmative action in the admissions process for state schools, which caused a public outcry of mixed emotions.

With results showing that a ban on affirmative action has negative impacts on the college enrollment of black and Hispanic students in states like California, Texas, Florida, Washington, and Michigan, its clear that these policies are needed in order to effectively bring a diverse student body to campuses nationwide.