Harlem's Lenox Lounge Set to Re-Open in a New Location 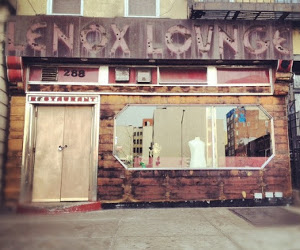 According to a published report by the new York Daily News, Lenox Lounge will be reopening, but in a new location two blocks north of its original site.

The bar’s owner Alvin Reed recently took down the iconic sign from the front of the old venue, leaving a storefront that looked foreign to many city residents. Many passerby’s took photos of the stripped faÃ§ade, which will soon be re-opened as the Notar Jazz Club.

Reed says he took the sign and all the Art Deco needed to recreate a Lenox Lounge in another location.

“Just as I restored Lenox Lounge in 2000, I am determined to expand the brand just two blocks away,â€ Reed said in his statement, adding the new space will have two floors with an option for a third.

The “newâ€ Lenox Lounge will be located at 333 Lenox Ave. near W. 127th according to a released statement. Reed said he hoped to be open by summer.

Career Growth Can Start Outside of Your Field